A memorial service for the late Prime Minister of Tonga is to be held in Auckland this evening. 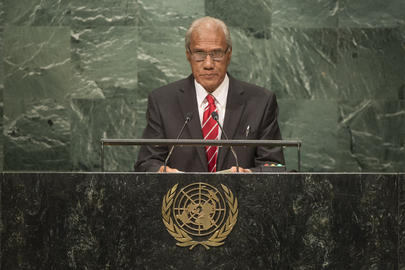 'Akilisi Pohiva, who died in Auckland on Thursday after being hospitalised with pneumonia, had been the longest serving MP in Tonga and Prime Minister since 2014.

Tonight's service will be held at the Free Wesleyan Church of Tonga in Mangere, and is expected to be attended by Prime Minister Jacinda Ardern, her deputy Winston Peters and Minister for Pacific Peoples, Aupito William Sio.

Mr Pohiva spent much of this year in Auckland being treated for liver problems.

He will be repatriated to Tonga on Tuesday by the Defence Force.

Tributes have flowed for Mr Pohiva, who was mourned as a significant campaigner for democractic reform in Tonga.

A public holiday has been declared to mark his state funeral on Thursday.