The Carterton District Council is calling for residents to vote and decide the paint colour of the city's clock tower. 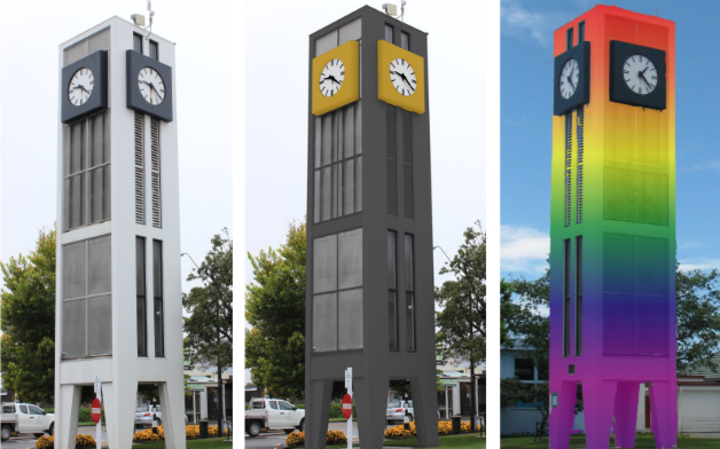 The so-called "Carterton's Big Ben" has been under repair this year after a seismic assessment in 2015 identified the structure as being earthquake-prone.

The tower will be repainted after the strengthening work is completed.

In July, the Carterton District Council's Policy and Strategy Committee approved to a proposal to present the Carterton community with three colour options to vote on.

The three options are; white and grey, a colour scheme featuring grey and yellow that embraces the1960s architecture of the tower, and a bold and vibrant rainbow colour scheme.

These were selected by the council's Place Making Advisory Group which consists of councillors, council officers, residents and representatives from eight community groups.

There will only be one vote per ratepaying household in Carterton, with the official voting token included in the September edition of the Carterton Crier.

People will need to take their token to the Events Centre reception and place it in one of the three boxes which corresponds to the design they want to vote for before 5 October.

Voters will also need to fill out their contact details on the token for the purpose of eliminating duplicate votes.

The colour scheme which receives the most votes will determine the final design.

Voting starts from today until 5 October.