Thirteen cases of measles have now been confirmed in the Waikato, and people who went to a football tournament are being warned they could have been exposed. 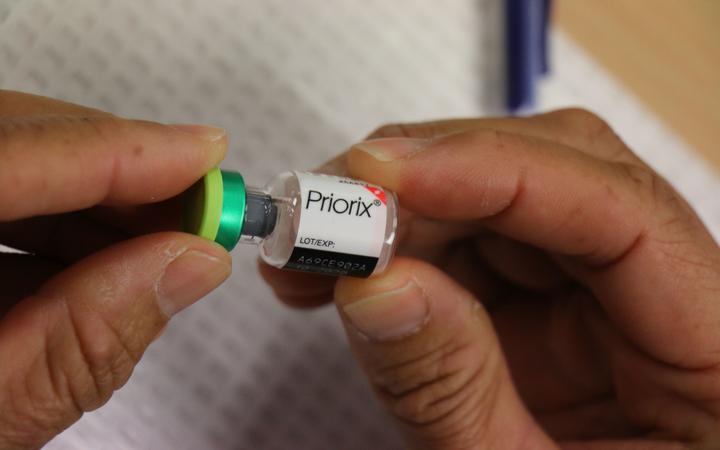 The Waikato District Health Board's Medical Officer of Health, Dr Richard Hoskins said it was tracing people who were in contact with the infected people.

He said in addition two people were in the Waikato region when infectious with the disease, and were in the Cambridge area.

He said people who were at the following locations at the given times should check that they are fully immunised, and watch out for symptoms until the 15th day after potential exposure

Dr Hoskins said people who took part in the New Zealand Secondary School Girls Football - Hamilton Tournament from Tuesday 3 September on may also have been exposed.

The organisers have been asked to alert all participating teams.

Further up the country, three prisoners and all babies at Auckland Region Women's Corrections Facility have been put into isolation because of fears of a measles outbreak.

Corrections says the prisoners may have been exposed to the disease, and they will remain isolated until it gets test results confirming whether or not they are immune.

The department's deputy national commissioner, Andy Milne, said immediate steps had been taken to prevent the spread of measles.

He says inmates' movements have been restricted, only staff with confirmed immunity are working with the isolated women, and the Mother with Babies Unit is under quarantine.

And the number of confirmed cases of measles in Northland is now 40.

That's a jump of six cases in the past week.

Northland DHB said many cases in the region had a link to Auckland, where there have been 959 confirmed cases since January.