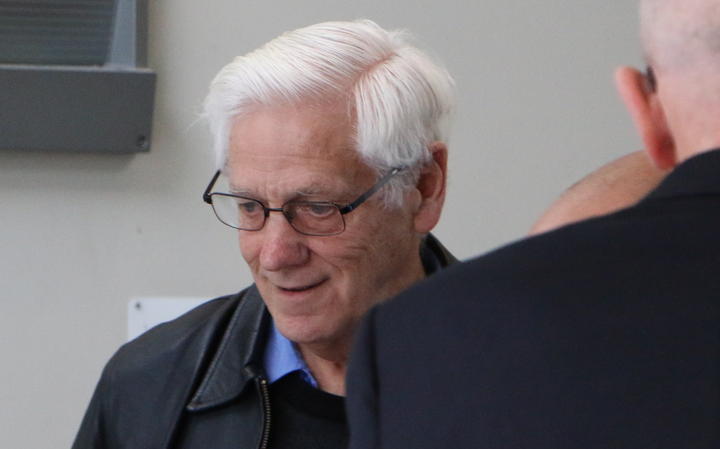 A woman sexually assaulted by a member of the Marist Brothers as a young girl has told a court it destroyed her life.

Michael Beaumont, 72, who is no longer a member of the Catholic religious order, was sentenced to 12 months' home detention in the North Shore District Court today.

He abused three girls aged while teaching and working in a North Island community in the 1970s.

In one case, he slipped his hand into a 9-year-old girl's underwear as they sat with her family, their eyes closed in prayer.

Beaumont's crimes went unchecked until this victim, now a woman in her 50s, went to the police in 2016.

This afternoon she told the court the abuse was the genesis of confusion, fear and self-loathing that haunted her for years.

"I sat on the couch next to Brother Michael; excited as a man of God wanted to sit by my side. That was until fear stiffened my body as I felt God's hands creep down into my pants and into my private parts.

"Inside my body was screaming; desperate for my mother to open her eyes and to see what brother Michael was doing to me."

As part of the clergy, Beaumont was highly respected and welcomed into family homes for prayer, counselling and worship.

The woman said she didn't tell her parents until she was in her late teens and struggled with her faith and sexuality growing up.

"I used to pray to my God to take my life as the punishment of God's wrath was too much for me to bear.

"I often thought of suicide; my mental health was only worsening and my physical appearance now matched the ugliness I always felt."

He had offended twice more in the 1970s; once sitting a girl on his lap to fondle her chest and in another instance kissing a girl on the neck before trying to put his hands down her top.

Judge Jonathan Down said the offending, which occurred when the victims had been entrusted into his care, was an abuse of his position in the community.

"In offending against these three children you clearly breached a significant burden of trust that those parents put in you. They had every good reason to expect from you a very high standard of conduct."

Beaumont pleaded guilty to the lead offence the day he was due to stand trial; having admitted the other charges a week earlier.

On top of the sexual assaults, he also admitted possessing fantasy literature that detailed sexual violence and beastiality against children.

The 72-year-old's victim, who delivered a moving victim impact statement this afternoon, said the effects of Beaumont's offending lived on in her.

She said even as a mother - many years after the abuse - she had pushed her own children away when they reached the age she was when she was assaulted.

"The real tragedy of child sex abuse is that one day that child grows up and becomes a mother. However, the wounded child remains inside the mother forever; trapped with a clouded worldview on life."

Judge Down heard robust submissions from both the Crown and defence during the two-hour sentencing hearing.

The court heard Beaumont had volunteered time with Lifeline for the past decade; work Judge Down said appeared to be penance for Beaumont's crimes.

The judge decided on a sentence of home detention; 11 months for the sexual abuse and a cumulative 1 month for the objectionable publication charge.

Beaumont's victim cried in the public gallery as Judge Down thanked her for baring her soul to the court.

"I never cease to be amazed at the enormous impact that even one offence of this type can have on an individual for the rest of their lives."

He told her he hoped she could now move on with her life; sentencing Beaumont to 12 months' home detention and ordering he pay the woman $3000 in reparation.