Low ticket sales may have played a part in the postponement of this year's military tattoo, despite Palmerston North City Council saying it was delayed due to the mosque attacks. 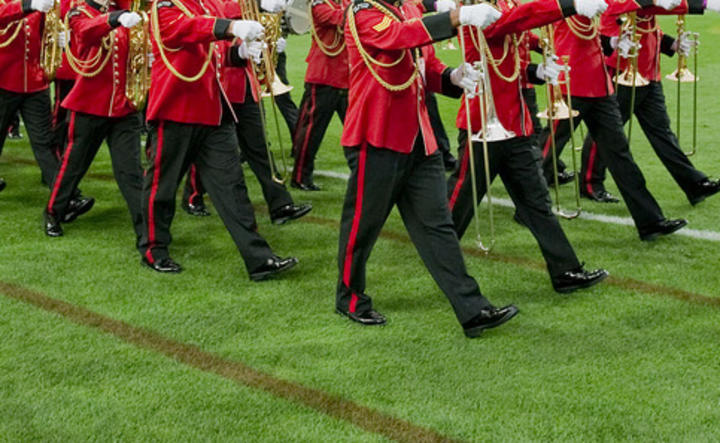 The New Zealand Tattoo was supposed to be on 12-13 April, but Palmerston North City Council pulled the pin three weeks out from the event on 20 March - five days after the 15 March shootings in Christchurch - postponing the show until next year, and cutting it from two nights to one.

The council announced its decision saying it was inappropriate to go ahead with displays of firearms and explosives, and it was concerned the gunfire elements of the show would be upsetting for those still traumatised from the mosque shootings in Christchurch as well as the added safety concerns.

However, documents obtained by RNZ reveal the event had only attracted a fraction of the people needed to fill the arena, with just 1555 tickets out of possible crowd of 10,275 being sold for the Friday night. These figures included comp, house and held tickets.

Saturday night was slightly better, with 2577 tickets allocated, but that still only represented 21 percent of the possible audience of more than 12,356.

The event had been set to feature more than 700 performers, including the likes of Dave Dobbyn, with Judy Bailey hosting and marketing it.

Palmerston North councillor Aleisha Rutherford was not at the briefing where councillors were told about the decision to postpone. But afterwards she requested ticket sale information.

"I had a couple of people who were quite disappointed about the fact the decision had been made to postpone the event contact me and ask if it was, I guess, an easy excuse to tie it to the awful events that had happened in Christchurch.

"There was concern there was actually issues with ticket sales. The question was largely around how many tickets had actually been sold given it was quite close to the event."

The documents showed that three weeks out from the event, barely 4000 of the 22,631 tickets had been sold for both nights.

Ms Rutherford said she believed the low ticket sales played a part in the council's decision to postpone the tattoo.

Documents show the council did consult with the Muslim community before making the call. Former president of the Manawatū Muslim Association Zulfiqar Butt said the council asked for his opinion on their decision.

"I said by then we would have completed all the burials and everything, so I don't think there is anything wrong if the council wanted to go ahead," he said.

"From my personal opinion when they asked me I had no objection on it, but later on I realised it that they made a good decision."

The Military Tattoo event's website said the reason for condensing the event was because of lessons learned from co-ordinating the 2019 show.

Council communications manager Sacha Haskell said the decision to postpone the Tattoo was made after serious consideration. She said 48 percent of revenue had been achieved at the time and denied low ticket sales were to blame.

"The ticket sales had absolutely nothing to do with the reason as to why the event was postponed.

"We had to really look at it and say 'we're going to be having an event three weeks from this hugely traumatic event with gunfire, helicopters, explosions all from a stone's throw away from our community mosque," she said.

Ms Haskell said even if every ticket had been sold the event would still have been postponed.

The new date for the New Zealand tattoo will be the 4 April 2020, at Palmerston North's Central Trust Arena honouring New Zealand's "homecoming heroes".

The Tattoo website said ticket holders were fully refunded, and would have priority for tickets to the 2020 event.