An Auckland teenager was "lost in his music" and concentrating on his running when he was struck by a train and killed two years ago, a coroner has found. 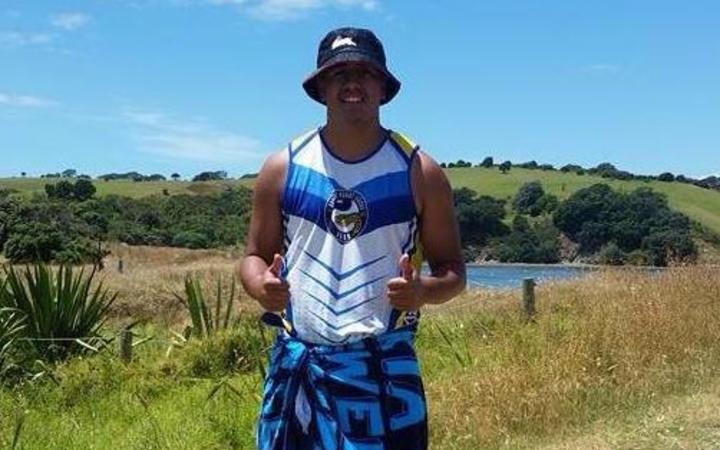 Keenan Matthes was out for his morning run on 20 April 2017 when he was struck by a train at the Metcalfe Road / Pooks Road pedestrian crossing in Ranui. The crossing was 300 metres from his home.

Coroner Brigitte Windley's report said the 16-year-old was listening to music on his cellphone through headphones as he ran.

"Lost in his music and concentration of his training, he did not hear or see the oncoming train as he approached and entered the Pooks Road pedestrian crossing," the report said.

Keenan Matthes was a budding rugby star and one of three children.

"He was his parents' eldest child and only son, and a much-loved member of their close-knit extended family. His parents describe Keenan as a little shy, very family-oriented, fit and energetic, his solid build belying his gentle nature."

The coroner admitted there were no formal recommendations that could be made to improve the crossing where he was struck, and said appropriate measures had already been put in place by Auckland Transport, such as installing automatic pedestrian gates.

The gate was put in place in 2018, four years after a KiwiRail report recommended improvements. The report, in 2014, said visibility for pedestrians of trains approaching the crossing was good, but made a number of recommendations including installing an automatic gate.

The crossing was used by a high number of school children, and pedestrians were observed to be crossing straight behind the south bound train, from Ranui Station, without searching for trains in the opposite direction, it said.

"His parents, Presley and Karamea, have been influential advocates for rail safety education in schools and for the #OneEarOutNZ16 campaign."

The campaign was started in the United States by the parents of 20-year-old Amanda Kirchner who in 2016 was struck and killed by a train in Colorado when she was crossing railway tracks on her way to work wearing noise-cancelling headphones.

"The now global campaign promotes awareness of distracted headphone use and encourages the public to be more alert to approaching trains by removing one headphone or ear-bud while walking, cycling or driving."

Auckland Transport advised the coroner that $11.4 million was allocated in the last financial year for safety improvements for its highest risk crossings, with more funding planned.

The coroner gave her condolences to the Matthes family, and the train driver and emergency services staff involved.