The Supreme Court has reserved its decision after hearing both sides in Mark Lundy's last-chance appeal to clear his name. 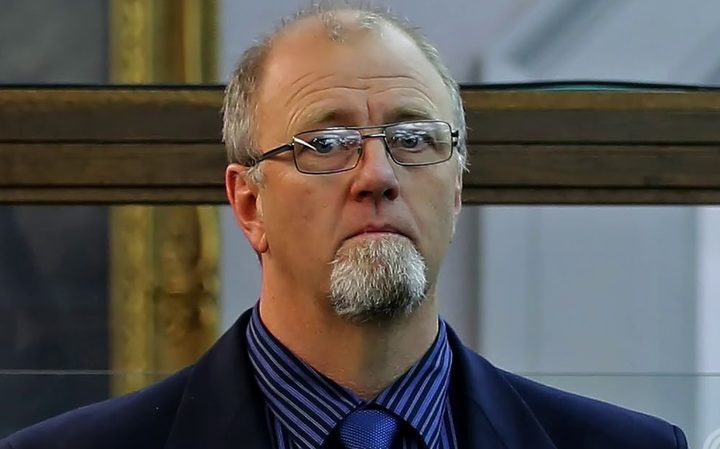 Lundy was convicted of murdering his wife Christine and daughter Amber in 2002, convicted again at a retrial in 2015, and the convictions were upheld by the Court of Appeal last year.

In a final bid to clear his name at the Supreme Court yesterday and today, lawyer Jonathan Eaton QC argued the entire 2015 trial had been shaped by inadmissible evidence and urged the court to give Lundy another go.

"All Mr Lundy says is, after 19 years, can I not have a trial where I'm not being confronted by the Crown putting before a jury unreliable expert opinion."

That unreliable expert opinion is the evidence - known as mRNA - that was allowed at the retrial but was later found inadmissible by the Court of Appeal.

The mRNA evidence allowed the Crown to say that the brain or spinal tissue found on the shirt Lundy was wearing on the night of the attacks, was more likely to be from a human than an animal.

The tissue - referred to as central nervous system, or CNS, tissue - the mRNA evidence, plus Christine Lundy's DNA on the shirt, gave the Crown a persuasive argument during the retrial that Lundy was responsible for the killings.

However, Crown lawyer Philip Morgan told the court that even without the mRNA evidence, the Crown still had a strong case.

"This was central nervous system tissue and nothing else. The DNA of Christine Lundy is extracted from it ... and no one else.

Mr Eaton argued that the mRNA evidence had been the cornerstone of the Crown's case at trial because it provided the "game over" link that the tissue was indeed from a human.

He said when the mRNA was ruled out, the DNA and the CNS alone did not prove it was Christine Lundy's brain on the shirt.

"The experts said the science doesn't let you draw that conclusion, the experts said - and they were both questioned extensively about it - there are other possibilities that would factor against that."

Mr Eaton said the CNS tissue could have been saliva or mucus and it was not inconceivable that Christine Lundy's DNA had been on his shirt, because they lived together.

Yesterday, Mr Morgan downplayed the importance of the mRNA during the trial, saying the Crown's submissions had mostly focused on the DNA and CNS evidence.

Mr Eaton disagreed and said the Crown had fought hard to get the mRNA evidence admitted in a pre-trial hearing.

He said the whole legal process had been undermined by the back-and-forth of whether the mRNA evidence was legitimate or not.

"When you have a Court of Appeal saying pre-trial it is highly relevant, it is critical to the Crown case, it has potentially high prejudice to a defendant - but it's not unfair prejudice - and then you have the same court saying it was unfairly prejudicial, it should not have been before the jury, but it wasn't of a degree of significance that his trial wasn't fair."

Mr Morgan also argued that aside from the DNA and CNS evidence, other circumstantial evidence - such as the blue and orange paint that Lundy was known to mark his tools with being found at he murder scene, the life insurance policy held for Christine Lundy, and the concession that the killer was someone the victims knew - meant the Court of Appeal had acted correctly in applying the proviso and keeping Lundy's convictions.

Mr Eaton said the circumstantial evidence had a lot of question marks around it too, and the only way to address them would be in a fresh trial.