Mark Lundy's last-ditch appeal against his convictions for murdering his wife and daughter 19 years ago has begun in the Supreme Court. 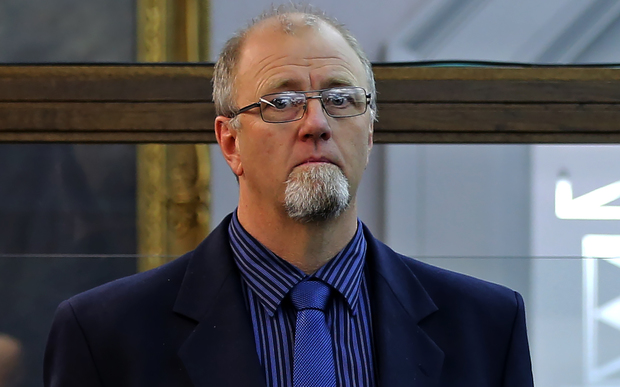 A file photo of Mark Lundy in court in 2015 Photo: RNZ / Sharon Lundy

Lundy was convicted in 2002 of the murder of his wife and daughter in their Palmerston North home in August 2000 and sentenced to life in prison.

However he has always maintained his innocence and an appeal to the Privy Council saw his conviction quashed in 2013 and a retrial ordered.

At the retrial, in 2015, he was again found guilty and his life sentence, with a 20-year non parole period, reinstated.

Today's hearing will focus on a narrow legal argument known as 'the proviso'.

The proviso is the mechanism the Court of Appeal used to dismiss Lundy's appeal against his 2015 convictions despite the court finding some of the scientific evidence used in the 2015 retrial was inadmissible.

Lundy's lawyer Jonathan Eaton told the court the evidence that was ruled inadmissible - relating to the analysis of messenger RNA (mRNA) - was a cornerstone of the Crown's argument.

He also said it was a distraction for the defence, because they had to sit through a lengthy pre-trial hearing that determined whether or not mRNA would be allowed as evidence.

The mRNA analysis was used as evidence by the Crown that brain or spinal cord tissue found on Lundy's shirt was more likely to be human than animal, although by how much could not be said.

Before the retrial the Court of Appeal had found this evidence to be valid.

However in an appeal after the 2015 trial Lundy argued the evidence was not scientifically valid and should not have been admitted.

The Court of Appeal agreed in 2017, saying the evidence required the jury to resolve a complicated scientific debate about whether the mRNA testing was sufficiently robust, which the jury was not equipped to do.

But it said despite ruling the mRNA evidence was inadmissible, it was still sure of Lundy's guilt, and that he had received a fair trial.

Lundy's lawyer has argued that the use of mRNA evidence, was crucial in convincing the jury that Lundy's shirt had his wife's brain tissue on it.

However, Crown lawyer Philip Morgan QC told the court the case was rock solid even after the mRNA was ruled out.

"The bulk of the Crown closing address certainly in the first part is all about the CNS and the DNA and there's a small passage on mRNA about a third of the way through it ... that was the significance it ultimately had in the end, barely touched on it."

The court said its decision post-trial was different to its original decision because new evidence about the mRNA analysis and understanding had come to light.

The court is able to apply a proviso in such a case, and dismiss an appeal. Whether the proviso was applied correctly in this case is the subject of the today's hearing.