A family of nine are desperate for work and a place to live after fleeing the Gloriavale Christian Community. 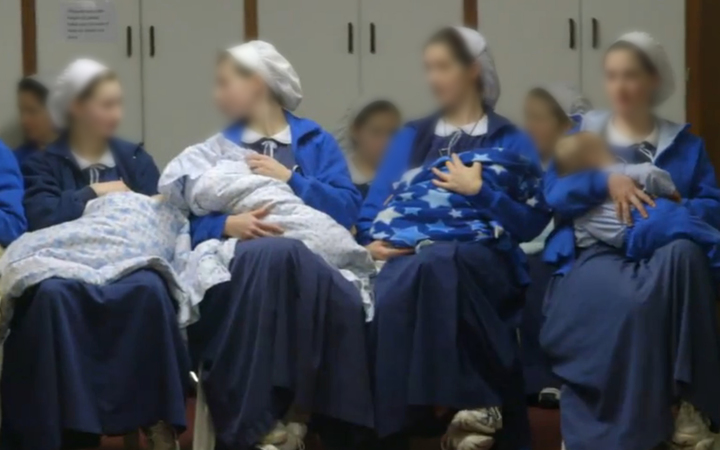 Mr and Mrs Ben-Canaan, who only want to be known by their last names, were born and raised in the community, staying for almost 37 years.

Mr Ben-Canaan was thrown out of the community two months ago and his wife and seven children joined him later.

They're now making a public plea for help as their lease for their rental home comes to an end.

Mr Ben-Canaan struggles to talk about Gloriavale. For 36 years, he was denied the power to make any decisions for himself.

Everything was out of his control, from the clothes he wore to the work he did and even the food he ate for breakfast.

Since leaving the community, he has never thought about going back.

Instead, he has been catching up on some of the finer things in life.

"I love my bacon for breakfast... Most mornings I have bacon because bacon goes a long way, even though it's expensive."

However, it is the responsibility that comes with freedom that Mr Ben-Canaan is struggling to stomach.

They are desperate to find a suitable property in Rolleston, that has at least five bedrooms and multiple bathrooms.

On top of that, Mr Ben-Canaan needs work. The family received about $7000 when they left Gloriavale, and have received further financial aid from donations, but Mr Ben-Canaan wants to be able support his family.

"If you want someone with get up and go, that's willing to work long hours and willing to throw themselves into it and get other people stirred up and excited about the job, I am your man.

"I can't wait to roll up my sleeves and get out there and do things."

Mr Ben-Canaan said it did not matter what the job was.

"I have not got a lot of qualifications, but I can get out there and learn with my hands.

"There's never been a job I've set my mind to do that I haven't been able to teach myself and learn."

All the things they've never done

Signing up to Work and Income, applying for a rental and doing grocery shopping are just some of the many things Mr Ben-Canaan had to learn how to do.

"I have never had a phone before.

The Ben-Canaans have also faced the difficulty of trying to apply for a rental property with no rental history whatsoever.

"Getting references from people is really difficult when you leave Gloriavale."

But Mr Ben-Canaan said he had been humbled by people's kindness since leaving the community.

He was moved to tears when he reflected on the people, often complete strangers, who had come into his life and offered his family help.

"I have never been treated so well in all my life," he said.

Mr Ben-Canaan said he never felt such love inside Gloriavale.

'I know the pain they are going through'

Among those who supported the Ben-Canaan family was a Canterbury local and former Gloriavale member Tim Hartnell, who assists people who choose to leave the commune.

He was one of the first people to help Mr Ben-Canaan when he left.

The Ben-Canaan family left the commune in two stages. The father was the first to leave, followed by Mrs Ben-Canaan and their seven children.

Mr Hartnell helped the family find temporary accommodation at a three-bedroom house in Rolleston, not far from his own.

Mr Hartnell said he supported Gloriavale leavers because he loves to help people.

Mr Hartnell, his wife and their two-month-old daughter left the community 34 years ago after they began challenging what they were told about the outside world.

He had a grandfather in Auckland but with no sense of where Auckland was and no idea of how to use a phonebook, he, his wife and their daughter were effectively alone.

"One of the things is, you don't actually understand yourself. So first you've got to come to an understanding of who you are.

"Secondly, you then have to unpack that lifetime history and start to come to a place of understanding because a lot of the stuff you do in Gloriavale is because everyone does it."

Mr Hartnell said it took him seven years to adjust.