Canterbury Regional Council is about to undertake its first fully democratic election since 2010, when the National government sacked its councillors and replaced them with commissioners. 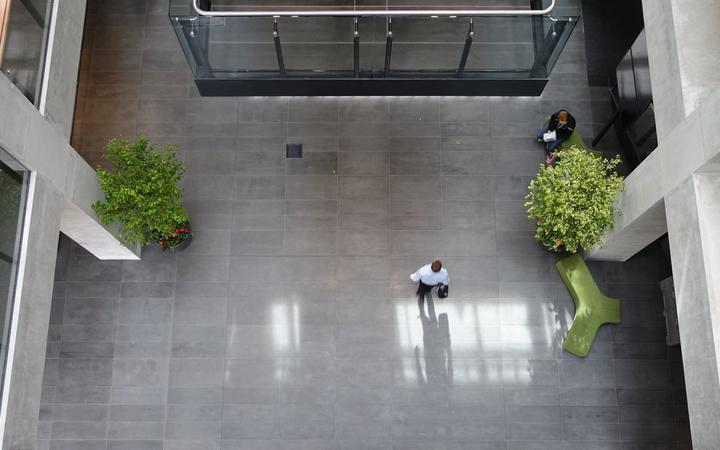 Thirty-nine hopefuls are in the running for 14 places at the ECan table, with some people hoping the new system will help the council repair its fraught relationship with the Canterbury community and with the Christchurch City Council, and others concerned a rural-urban divide could emerge.

Aaron Campbell is taking a crack at the Christchurch West constituency. He said because of the way the council had been run since 2010, some Canterbury residents didn't fully understand how its decisions affected their lives.

He said the council's hybrid system, which currently has seven elected councillors and five appointed members, had let the region down.

After the shake-up in October, there will be two councillors for each ward in North, Mid and South Canterbury, and North, East, South, West and Central Christchurch.

"The big thing that will change is that each person around the council table will have an actual mandate to say that they are representatives of the community," Mr Campbell said.

"They won't be kind of a hodgepodge of government commissioners and elected members being led by the nose by the executive."

Axel Wilke, who is running for the Christchurch central constituency, thought democratically-elected councillors were only the start of a more open and fair council.

"It would very much appear that the organisation is not run by the elected members or commissioners but by staff and that is a very unhealthy situation," he said.

If he's elected, he said he would immediately commission an independent review of the council to see where else the foundations of democracy had eroded since 2010.

He said some farmers were worried there would be a rural urban split, when there were eight councillors from city wards and six from the wider region.

"Farmers and the general Canterbury public want to see a progression of policy and a progression of improvement and waterways - rather than just going back to a blame game or or a stalemate, where actually little progress is made, or even worse than all the great progress that has been made over the last ten-odd years is undone," he said.

Water is a topic that continues to prove polarising within the council.

While Aaron Campbell campaigns to join it as a counsellor, his lobby group Aotearoa Water Action is taking the Canterbury Regional Council to court over the way two water bottling companies got consent to draw water.

He didn't think that would become a problem if he was elected, because it was part of a huge and multi-faceted issue.

"I think that I would not need to recuse myself if other issues are regarding water bottling and consents came before the council," he said.

Meanwhile, Felicity Price, who's running for the central constituency, is pushing for regional counsellors to walk the talk on sustainability.

It comes after they declared a climate emergency in May, and she said they should start by using the public transport system they're in charge of.

"I'll be catching the bus to ECan and I won't need one of numerous councillor carparks. I think any councillor living in Christchurch shouldn't need a carpark either. Counsellors are telling everyone else to catch a bus so they should too," she said.

Public transport is also featuring heavily in Axel Wilke's campaign - but he thought it was time to hand it back to the city council so they can focus on bigger issues at hand.

He said he has a strong relationship with the council and can make it work.

"I can get on top of this, get the two organisations to work together so we have a proper plan [about] what it is that we want to achieve in terms of public transport - and then go forward and make some very, very deep fundamental changes," he said.

In a pre-election report, chief executive Bill Bayfield said climate change was one of several challenges facing the regional council in coming years, along with other issues that have taken generations to create.

He said voting in this year's election is a great opportunity to help shape the region's future.