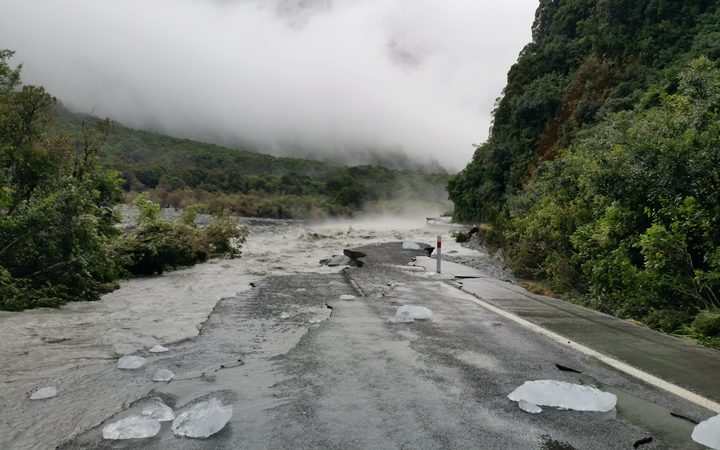 The access road to Fox Glacier was washed out by a landslide on 22 February. Photo: Supplied

An engineers report showed there were no practical solutions to reopen the road after a major landslide blocked it in February.

While the road won't be reopened, the government has created a $3.9 million plan to sustain South Westland's tourism.

Fox Glacier Guiding chief executive Rob Jewell said while he was delighted with the boost to the region, hopefully, the road closure wouldn't reduce tourist numbers.

"We are in our winter season so numbers are relatively low, but it will be more apparent as to what happens as we go into the summer," he said.

"But I don't see any major changes, I've been talking to a lot of accommodation providers in Fox Glacier and they are all telling me the bookings for the coming summer are what they would expect for this time of year.

He said there was a lot of disappointment about the closure, but locals agreed there was no other option.

"Mills Creek will stabilise, it may stabilise within a year, or there may be an alternative route up the side of the valley that can be worked out," he said.

"It has a very negative effect on the Fox Glacier township being closed."

Mills Creek is the largest active slip in the country, he said, nature had won this round but the community would come back for round two.

However, the government's investment would be brilliant for the community, said Mr Smith.

The plan to invest and improve some of their most popular attractions pleased him, he said.