A multi-million dollar northern racehorse has died of complications from colic in Waikato. 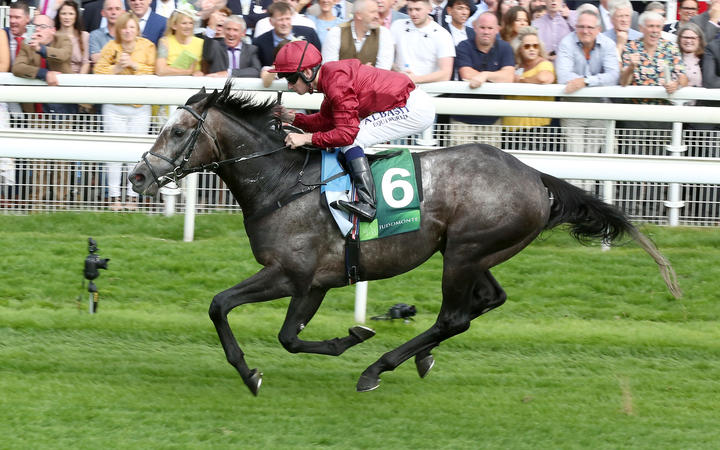 The stallion Roaring Lion had been recovering from two major surgeries three weeks ago after arriving at Cambridge Stud.

However, last year's world champion three-year-old was put down on Friday night after suffering complications from another bout of colic.

He was owned by Qatar-based Sheikh Fahad al Thani and had been standing at stud in Britain before arriving in New Zealand. He was to stand at stud here, and was fully booked at $44,000 a service.

He was reportedly worth $20 million.

He said Roaring Lion was a global champion for his age.

"What made him special was that he won four weight-for-age races at group one level in the UK as a three-year-old - so that's a bit like a 17-year-old going to the Olympics and winning gold in the 100 metres, 200 metres and 400 metres."

Mr Plumptre said the horse had missed out on so much life and racing.

"We're devastated…it's a shattering blow for everybody."