Dunedin poet David Eggleton has been appointed as the next New Zealand Poet Laureate. 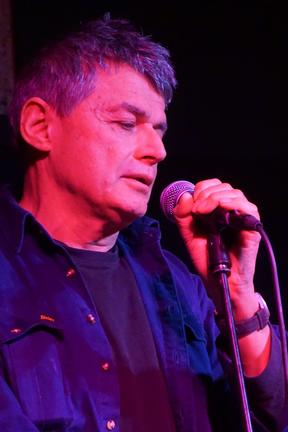 The poet, art critic, writer, editor and freelance journalist has published eight volumes of poetry, a book of short fiction and a number of other works on non-fiction subjects.

He is of Rotuman, Tongan and Palagi ancestry, and grew up in Fiji and South Auckland.

His first collection was co-winner of the PEN New Zealand Best First Book of Poems Award in 1987 and he held the Robert Burns Fellowship in 1990.

He has received the Reviewer of the Year Award six times at the New Zealand Book Awards and was the editor of Landfall between 2009 and 2017.

He won the poetry section of the Ockham New Zealand Book Awards for The Conch Trumpet in 2016, the same year that he received the Prime Minister's Award for Literary Achievement, in Poetry.

In 2017 he was awarded the Fulbright-Creative New Zealand Pacific Writers' Residency in Hawaii.

He is well known as a performance poet and has released several poetry recordings featuring his collaborations with musicians.

The laureate is appointed by the National Library and is awarded to an accomplished and highly-regarded poet who can advocate for New Zealand poetry and inspire current and future readers.

Each is given their own tokotoko (carved orator's stick), which symbolises their authority and status, and receives $80,000.

The laureate is expected to advocate and be a public presence for New Zealand poetry, and to be involved in events that promote the reading and writing of poetry.

David Eggleton will be Poet Laureate until 2021.