The father of a child living with cystic fibrosis is shining the light on the need for expensive medicines targeting rare diseases to be government funded. 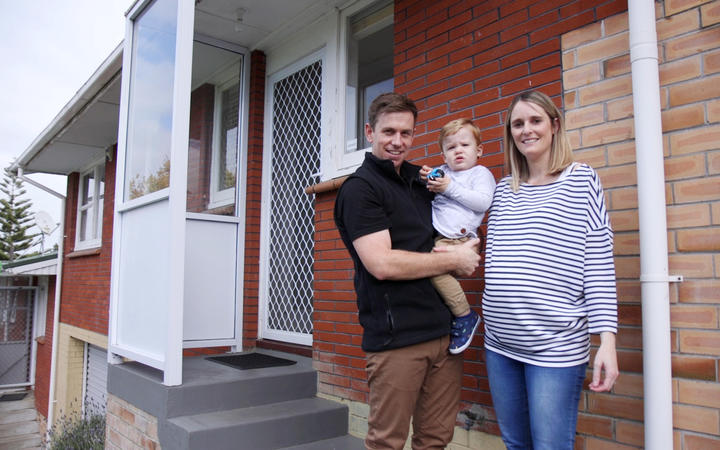 Emma and Eddie Porter with their son Otis, who has cystic fibrosis. Photo: RNZ / LUKE MCPAKE

Eddie Porter, whose two-year-old son Otis has cystic fibrosis, has launched a petition for Kalydeco - a life-saving treatment for those with G551D Cystic Fibrosis that treats the underlying cause of cystic fibrosis, rather than treating symptoms.

Kalydeco drastically improves the quality and length of life for those that take it, according to specialists.

In the last 10 months alone, 11 petitions have been delivered to Parliament calling for medicines to be funded by Pharmac.

"We urge the government to make this life-saving treatment available for those with G551D Cystic Fibrosis aged 2 and older, he said."

"We are really being left behind, it's a huge shame that the only option is to leave New Zealand in order to give our son the best possible life. If we don't address those shortcomings soon... we're going to keep falling behind until we've got huge numbers of people in New Zealand who don't have access to the treatment they so desperately need."

About 556 New Zealanders are living with the disease and have a life expectancy of 37 years old, according to Cystic Fibrosis New Zealand.

New Zealand is the only country in the OECD (with a significant CF population) that does not fund Kalydeco.