By Robb Kidd for the Otago Daily Times. 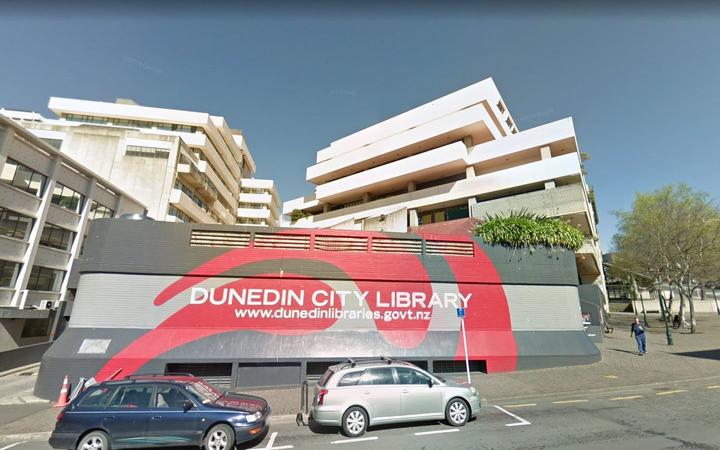 The man went immediately to the Teen Space when he entered Dunedin Library, the court was told. Photo: Google Maps

The 38-year-old cannot be named because he is yet to face trial on the sexual violation charge.

He appeared in the Dunedin District Court yesterday after admitting a charge of doing an indecent act and was jailed for four months.

The court heard the defendant was behind bars anyway, because his bail was revoked after the lewd incident.

The man walked into the library on the afternoon of March 30 and made straight for the area on the second floor reserved for teenagers.

''It was premeditated ... otherwise you would not have gone to that area,'' Judge Emma Smith pointed out.

Half an hour later, the defendant positioned himself behind a large bookshelf, 3 metres from a girl who was on a beanbag, reading.

He covered his crotch with a book and masturbated, leaving the scene two minutes later.

The teenage girl was oblivious to the act but library staff had spotted it.

''It was too embarrassing to talk about,'' he told police.

However, when the matter came before the court, the man pleaded guilty immediately.

His counsel, Sarah Saunderson-Warner, said the rape charge looming over him had been ''hugely distressing''.

The resulting anxiety and depression had produced the indecent act, she said.

As far as excuses went it was ''a poor one'', Judge Smith said.

Ms Saunderson-Warner said the girl on the beanbag had been unaware of the offending and that her client had no similar previous convictions.

Regardless, the judge said the facts were ''disturbing''.

She imposed name suppression so the man's fair-trial rights were preserved but the order would lapse once his trial - to be held outside Dunedin - was completed.

He will appear in court again in November.