Wellington businesses are being urged to become 'China ready' before up to 10,000 new Chinese tourists visit the capital this cruise ship season. 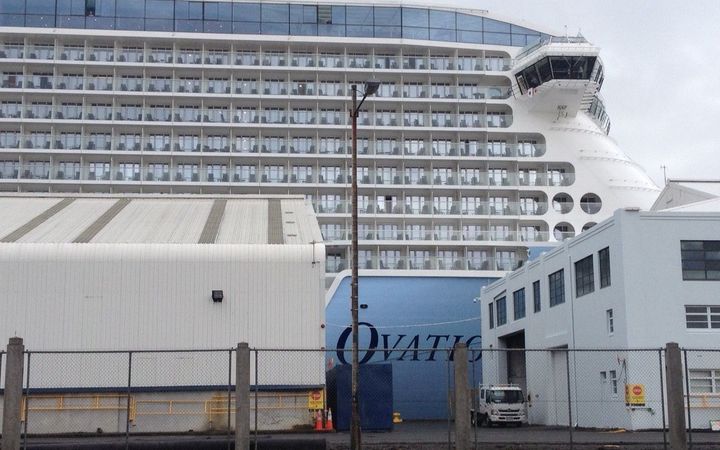 It will be the first time Hong Kong-based Explorer Dream will visit, on seven separate trips.

The ship carries 2800 passengers - and half will be Chinese.

Wellington businesses are being encouraged to join a free workshop today with hopes it will help businesses be 'China ready' by the start of the cruise ship season in spring.

From Mandarin-speaking hosts and tours to investing in online payment platform Alipay, being 'China ready' has been on Te Papa's radar for a few years.

But its head of marketing and communications, Kate Camp, said many smaller businesses might find it tough to make the shift.

"Te Papa's been building up its strength in this area over quite a long time and, as you'd expect with us being such a big operation with over a million visitors a year, we're really well placed to do that where as some smaller operators won't be," Ms Camp said.

"But I think by working together as the Wellington tourism sector we can help share the knowledge and share the love with smaller operators."

Weta Workshop head of tourism Jake Downing said the business decided to invest in a Mandarin-speaking tour guide and different payment methods a couple of years ago.

It started as one tour every second day. Now there are two tours in Mandarin a day with the potential for even more during busier months.

Since then, Weta Workshop has had a 15 to 20 percent increase in Chinese visitors. That's about double the growth of other visitor markets during the same period.

"They're growing much bigger than the other markets because they've got that ability to come through and pay in their own currency and have a product which they feel comfortable with," Mr Downing said.

"Providing a Mandarin speaking guide, they fully immerse in the experience and can fully understand and can take away a really good experience at the end of it.

"We want to move from a position where perhaps only 10 percent of businesses are offering this payment method to where ... ideally there's no reason why every business shouldn't," Mr Perks said.

He hoped for all businesses in the down town CBD making it an option for Chinese visitors into the future.

And not jumping onboard could prove costly.

"China is the most populous country in the world. It's cutting off an awful lot of opportunity if you chose not to deal with that enormous population. Australia still provides New Zealand with the most visitors, but China's in second place," he said.

This season there will be a record 123 visits.

The city could do better to prepare for more Chinese visitors, Mr Milford said.

"That will be an expectation of tourists coming here. If those platforms are not available, potentially we're not maximising the opportunity because they may not just spend. But if the platforms are available then you can guarantee, there's no reason for them not to spend."

John Milford was interested to see how Wellington copes with the influx, but said he thought the capital would do well.

Wellington had bucked the national trend by growing the number of visitors from China recently.

"It is off a low-ish base so whilst it's good news. There's so much more potential that we actually could grow the numbers."