Members of a Te Ātiawa hapū stood up one after another in a New Plymouth court room to pour scorn on a former police senior sergeant who stole almost half a million dollars from his own relatives. 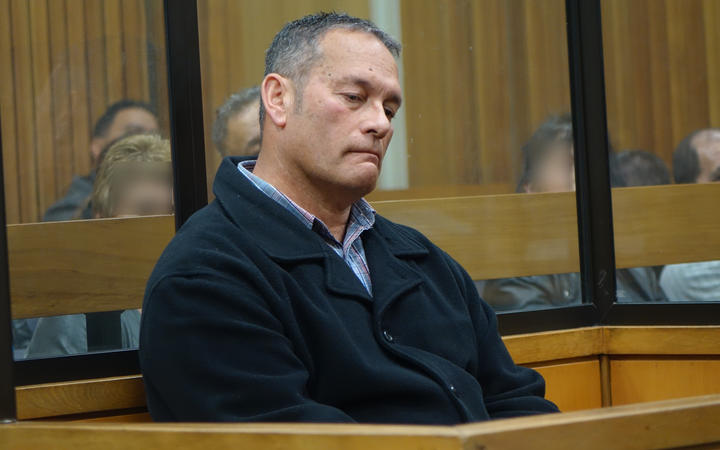 Many were in tears as they berated Shaun Joseph Keenan for not admitting to his offending earlier - kanohi ki te kanohi or face to face - before he had his day in court.

Hapū member Tasheema Hema told the court the hapu's dream of building a $4.5 million marae at Ngā Motu Beach had been shattered.

It would have been the first marae in the city for more than 100 years.

Instead Keenan lined his own pockets.

"Our people have endured enough. The last straw was when our kaumatua passed and had no marae to lie in state. They had worked tirelessly for the last several years of their lives to help build this marae, supporting it in every way they could," Tasheema Hema said.

"Our dream of building a marae - the first marae in New Plymouth for more than 130 years - is now not a reality."

Wellington-based Siobhan Lynch was one of the first to call Keenan out.

"You continuously played down anything I asked suggesting your knowledge and experience was above me. Well I now know that was unmitigated poppycock."

Former trust member Peter Moeahu reported Keenan to the police in 2017, but paid a hefty personal price for his actions.

"When this matter became public members of the Ngāti Te Whiti community unjustifiably accused me of being complicit in Shaun Keenan's thieving.

"The reputational damage manifested itself in a decline in business, civic and community opportunities."

Mr Moeahu said he was forced to resign from the trust after a 20-year association with it in its various forms. 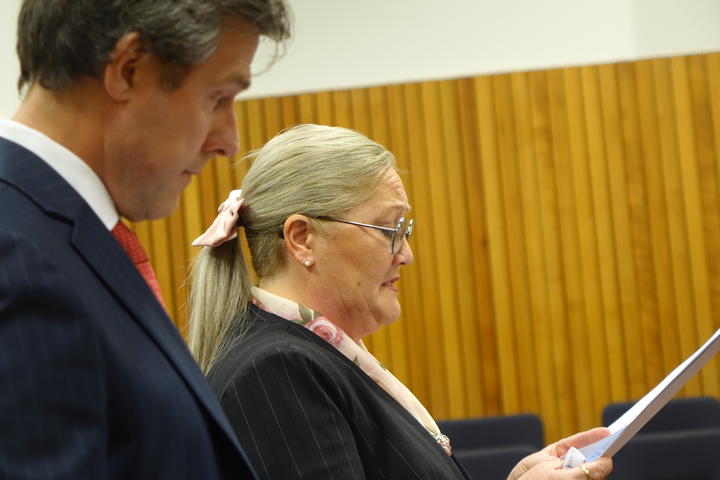 Kuia Rita Ruawai turned and addressed Keenan directly about his failure to make his peace with ailing kaumātu who had supported him.

"Why? You were not incarcerated. You were free. You had time. You had the resources. You had a phone. You had pen and paper, a car. I can only think that it is because you are not remorseful."

Te Kotahitanga o Te Ātiawa chairwoman Liana Poutu fought back tears when she to spoke directly to Keenan - with a message for his daughters.

"They remain our whanaunga(relatives) and it is important that we acknowledge them as such and ensure that they know that their father's actions bare no shame on them or their future generations. They are and always will be valued members of our iwi."

Keenan's defence counsel Susan Hughes told the court on leaving the police he had become caught in a spiral of debt to third-tier lenders.

"Mr Keenan's offending, I suggest, falls under the old adage of robbing Peter to pay Paul. Quite simply he could not keep ahead of those from whom he had borrowed funds.

"Mr Keenan's instructions to me were that he was astonished to find out how much in fact had been taken."

Ms Hughes said Keenan had wanted to take part in a restorative justice process but the hapū had declined.

She said he had experienced an "epic fall from grace" and was ashamed.

He then stood and turned to the public gallery to apologise to his people for the first time.

"These are very serious offences that I have committed against my own hapū and whānau and involve gross breaches of trust. I am deeply ashamed of the loss and grief and harm that I have caused which runs deep and I appreciate it will be felt for generations to come."

He was concerned about how long the offending had occurred and the fact it had continued after Keenan had been dismissed from the trust.

The significant amount money stolen and the large number of people it had impacted.

Judge Barkle jailed Keenan for three years and eight months and ordered him to pay $75,000 in reparations.