Local body elections next month are being contested by a diverse range of Kiwis frustrated with who's making decisions over their lives at the moment. 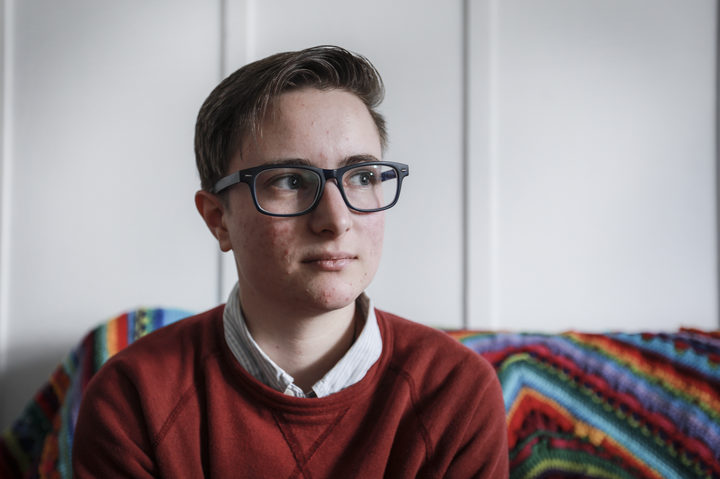 In our current cohort of elected members, the vast majority are Pākehā, older and male.

The proportion of women elected is at an all-time high at 38 percent, but still clearly not what wider society is made up of.

But there's a new generation of politically active people who want change.

Running in Wellington, is Teri O'Neill. She's 21, a renter, catches the bus every day, and is a member of the LGBTQI community. She wouldn't be your typical city councillor.

"Our generation has grown up with a whole lot more economic insecurity, and insecurity around housing and rental laws and campaigning for mental health funding. We've seen those issues bubbling," Ms O'Neill said.

"Agency and that urgency has pushed us pretty hard. We're all getting to that age where we want to be taken seriously when we're talking about these things."

One person who hasn't seen anyone like themselves in politics is Scout Barbour-Evans, who's running for the wide-open Dunedin mayoralty. They're takatapui - non-binary - a portion of the population that's not represented in politics at all.

"We don't have a single non-binary councillor anywhere in the country, not a single non-binary DHB representative, no one in parliament, no one on liquor boards. For a surprisingly decent chunk of New Zealand's population, it really is a gender equality issue," they said.

Tim Young, 31, is running for a seat on Hamilton City Council. He has a Masters of Science, and is tetraplegic, having almost no movement from the neck down.

Mr Young said his vision for Hamilton's future was to prepare for disruptive technologies, artificial intelligence, and to transition to green technologies to counter climate change. He said that would pair with his vision of improving accessibility for the ageing and disabled population.

He tried to visit the council's chambers in his electric wheelchair, but couldn't get into the room without help - a quite literal barrier for people with disabilities being involved in politics. He'd make changes to accessibility problems he faces in public, such as public transport, sidewalks and toilets. He said there would be more people who would use them as the population aged.

"Fifty-nine percent of those aged over 65 are disabled. That portion of the population is growing from 15 percent currently to 30 percent over the next 30 or 40 years. I'm trying to convince current councillors that they need someone like me preparing for their future," said Mr Young.

For Louise Hutt, the 26-year-old CEO of social enterprise For Our Good, climate change was a threat to her generation's future, and was a driving force for her desire to be in politics. She's running for Hamilton Mayor and City Council. She said the Schools Strike for Climate was an inspiration.

"There's a lot of concern about what our future literally looks like, what opportunities are going to be available to us. Because the blueprint that past generations have had for the rest of their lives might not exist for us any more, and that's quite scary."

Rabeea Inayatullah, 21, is half Fijian-Indian and half Pakistani, and is running for Porirua City Council. She said young people were political leaders out in the streets, but didn't have the representation around council tables.

"Young people are leading at the moment on things like climate change. All the rallies you see at parliament - there's always young people backing [them]," she said.

"I think we are already leading today, but having young people at that decision-making level is so crucial because it is our future."

A tally for next month's elections counted at least 80 people under 40 vying to be elected. But young people typically don't vote very much - less than 40 percent last election, compared to more than 80 percent of those at retirement age.