Police say the woman killed in the Kapiti Coast township of Paraparaumu Beach on Saturday night was Irina Scantee. 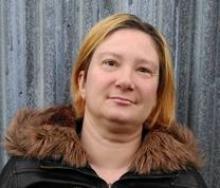 Ms Scantee's body was found when police responded to reports of a serious assault at a Marine Parade house.

A 48-year-old man charged with murder in relation to her death appeared in the Wellington District Court this morning.

He has been remanded in custody.