Bar and restaurant owners crying out for local workers say they're having to hire more and more foreigners. 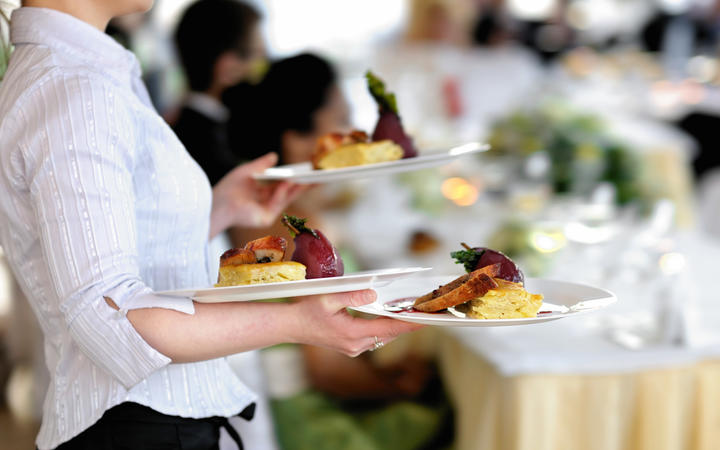 Earlier this year, the hospitality industry's pleas to put cafe and restaurant managers on the Immediate Skills Shortage list was rejected by the Government, saying the industry could do more to attract locals.

But businesses say they lack the necessary skills and they were not prepared to work the hours.

At Nick Mills' family-owned nine Wellington bars and restaurants, many of the staff were travellers, he said.

"They don't last very long and it's not a great way to run your business having transient floor staff because they're the people that greet, meet, make you feel comfortable," he said.

He said he was struggling for staff, and reliant on foreign workers to do the jobs.

While chefs could come in on essential skills visas, most could not.

Mr Mills who pays his staff between $19-35 an hour conceded that higher wages might help attract locals, but would impact the bottom line.

However, a snapshot of Wellingtonians' perception of the what the work involves was overwhelmingly negative.

"[Hospitality staff are] definitely over-worked and definitely under-appreciated. They don't know when they're finishing and I feel like if you're going to be working like that - you need to be getting paid something decent," a person said.

Another said, "if we are going to support tourism in this country - one of our major industries - we need to look at what we pay for hospitality jobs and value it a lot more".

It was a case of perception reflecting reality, said Dr Shelagh Mooney, who heads post-graduate hospitality studies at Auckland University of Technology.

It was essential those problems of poor pay and conditions, a lack of career progression and insecure hours were addressed, she said.

"For somebody who has hospitality skills - professional competencies - they should get the living wage.

"The employer should offer them a respectful working atmosphere that is enjoyable, and they should offer ... growth and training," she said.

After pay, there were three things that kept staff in hospitality jobs: respect, a career pathway, and social relationships, Dr Mooney said.

She said that required qualified staff, and more professionally-run businesses.

While the industry was trying to do more to attract locals into jobs, that would take time, he said,

In the meantime, he said the rules on foreign workers should be relaxed.

It was time to look at other options such as offering less table service with fewer, better paid staff, or lowering pay rates altogether and encouraging tipping instead, he said.

"We can look at paying people more, we just need to employ less staff. There is a limit to how much money is available in the pot to make ends meet," Mr Smith said.

However, Dr Mooney said businesses could not afford not to pay more, because the status quo relied on constant and expensive recruitment and training.