The police have seized more than 60kg of methamphetamine, worth about $36m, following a drug bust in Rotorua. 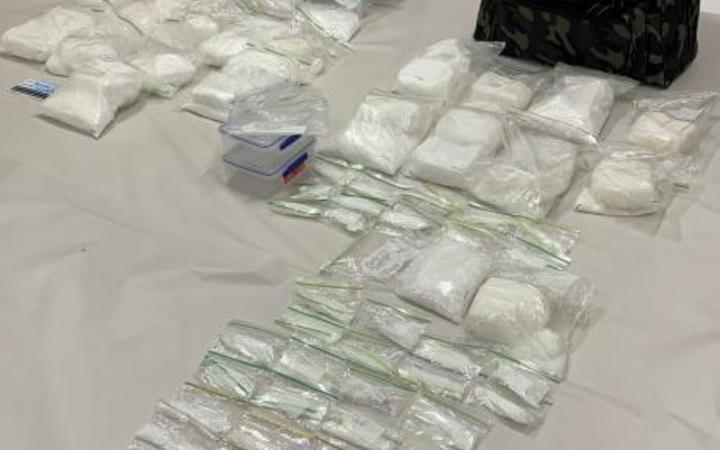 Police display the 60kg of methamphetamine they seized. Photo: Supplied

Officers searched a property in Fairy Springs at about 10pm and located at least 20kg of the drug.

A 42-year-old Rotorua man was arrested at the scene and charged with possession of methamphetamine for supply.

After further enquiries, a shed containing a further 40 to 50kg of the drug was located in Ngongotaha.

The police believe the shed is linked to the man.

He was due to appear in the Rotorua District Court today.

Inspector Phil Taikato said last night's efforts went a long way in preventing methamphetamine-related harm in the Rotorua community. He acknowledged the hard work and dedication of staff involved in the seizure.