All but one train line in the capital has now been restored following a major fault earlier today, however, services are still reduced. 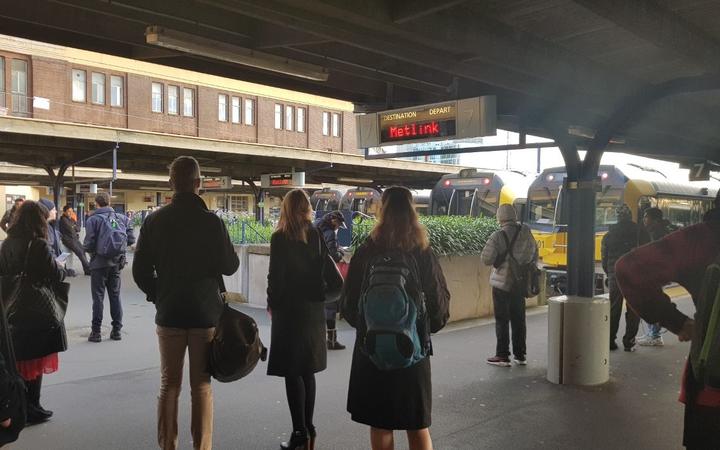 Trains have been out of action for most of the day after a new mast was incorrectly installed by contractors last night in Hutt Valley as part of the $300 million project to upgrade Wellington's network.

Fifteen trains had to be taken out of service and inspected for damage.

Metlink says services on the Melling line have now been given clearance to run, following the Kāpiti and Johnsonville services.

Buses are still replacing trains on the Hutt Valley line until further notice.

Meanwhile, people driving out of Wellington tonight are being told to delay their journey, or expect significant delays.

The Transport Agency said there are significant delays northbound on State Highway 1, with queues affecting all traffic leaving or travelling through the city.

It said that's due to the higher number of vehicles leaving the city.

Metlink said that the problem was caused by damage to the overhead which damaged 15 trains, and all the trains which had been through the damaged section would also need to be checked for damage.

The buses are running on a half-hourly Saturday timetable and passengers can use a train pass on regular bus services.

KiwiRail group chief operating officer Todd Moyle apologised for the delay and said crews were investigating the cause of the fault and working out how long it might take to fix.

Metlink, which manages the train fleet, said the trains that travelled through the fault this morning were all parked at different stations and were being visually checked to see if they were safe to move to a depot. If they were not, they would need to be towed away.

Due to the lack of trains, even if rail services return before the afternoon peak begins, services would be running at a reduced capacity this afternoon and evening.

Metlink is asking commuters to keep an eye on its website and social media. 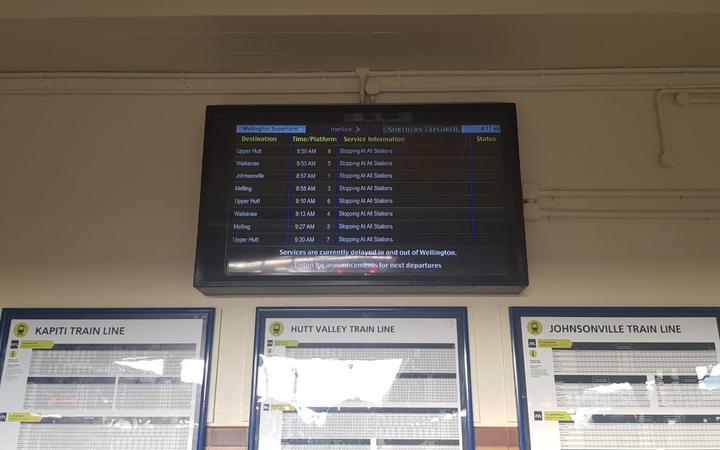 An electronic sign warns of delays after the power fault suspended some trains this morning. Photo: RNZ / Emma Hatton

A commuter on the Kāpiti line, Sarah, managed to get into the city during the period when services had resumed, but the delay made her almost an hour late for work.

"I'm supposed to be at my studio by 8.15am, it just so happens that the one day that I don't get the train at 6.30am and I get a sleep in, I end up sitting there a bit longer than expected."

The replacement buses are running to a half-hourly timetable.