Former principal Uenuku Fairhall slept in the same bed as a student while naked, engaged in sexualised talk with students and was partially clothed in front of students. 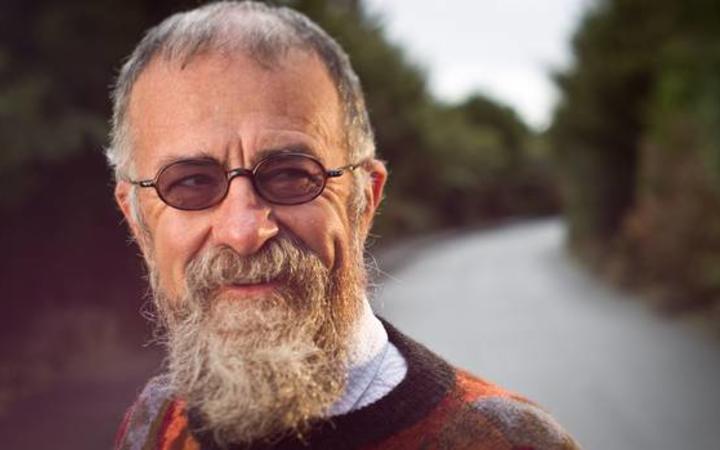 His actions have been described by the Teaching Council's Disciplinary Tribunal Council as "despicable" and met the test for serious misconduct.

His teaching registration has been cancelled and he has been censured.

The tribunal has today released its decision relating to an investigation into Fairhall's conduct during the school's trip to Mexico in 2017.

The decision said Mr Fairhall breached professional boundaries during Te Kura Kaupapa Māori o Te Koutu's school trip, including sleeping in the same bed as a student while naked, sexualised talk, being partially clothed in front of students and entering a bathroom and washing the back of a student.

The decision is dated November 12, 2018, but its release has been delayed after Mr Fairhall tried to get name suppression, which was declined in June.

The decision said Mr Fairhall accepted the incidents occurred but disputed the context or extent of the incidents.

He was also found to have engaged in sexualised talk to a group of students and was partially clothed in front of students.

The tribunal found insufficient evidence to support two other allegations in relation to the same trip.

On February 23, the school's board chairwoman Ruiha Ruwhiu was called by a parent to

meet with them regarding a serious concern, which related to the showering incident.

The decision said Ruwhiu sought advice, contacted the acting principal, informed Fairhall of the concerns and outlined the directives to be taken by him.

These included no sharing of beds with any staff.

She drafted a travel safety policy and procedures due to the nature of the concerns. Mr Fairhall confirmed the procedures were in place.

On 13 March, Ruwhiu emailed Mr Fairhall to say they had received a verbal complaint from two parents on the trip. The parents had requested reassurances that the students' safety was not at risk.

Ruwhiu convened an urgent board hui and it resolved to inform Mr Fairhall that complaints relating to sharing a bed with a student, sleeping naked and no privacy in bathing had been received and sought assurances it wouldn't continue.

On 14 March, Mr Fairhall provided reassurances and instructed the school to commence an investigation and seek incident reports.

That day, the board was advised a parent had contacted police.

On March 15 police contacted the Ministry of Education and a formal investigation began. The board later decided to cancel the remaining trip and recall the students to New Zealand.

In early April 2017, following their return from Mexico, interviews were conducted with 15 students by police and social workers as part of the police investigation into the allegations.

The decision said police tried to contact Mr Fairhall on numerous occasions and when he was spoken to, he declined to be interviewed.

The police investigation was concluded without any charges being laid.

The council's Complaints Assessment Committee submitted Mr Fairhall's conduct met the test for serious misconduct and his inability to understand the need for, and maintain, professional boundaries with his students on the school trip reflected adversely on his fitness to be a teacher.

The committee argued Mr Fairhall's conduct adversely affected the emotional wellbeing of all the students involved.

The committee submitted that cancellation of the respondent's practising certificate was necessary in this case to ensure public protection, deterrence and the maintenance of professional standards.

Mr Fairhall agreed with the submissions of the committee but noted that his conduct should be viewed in light of his sleep deprivation.

The tribunal described Mr Fairhall's behaviour as "despicable" and found that cancellation was the only appropriate penalty.

They also imposed a censure and required Fairhall to contribute to the committee's and tribunal's costs.

Mr Fairhall resigned as principal of Te Kura Kaupapa Māori o Te Koutu in April 2017 following allegations made about his professional conduct while on the school trip.

In a written statement at the time to the Rotorua Daily Post, Board of Trustees chairwoman Ruiha Ruwhiu said the board had accepted Mr Fairhall's resignation with regret.

"The employment investigation has ceased as Fairhall has tendered his resignation, effective immediately, in order to pursue other opportunities.

"We would like to acknowledge that Uenuku Fairhall has made a significant lifetime contribution to our kura, our students and our community, and to Māori education."

At the time of his resignation, Mr Fairhall told the Rotorua Daily Post he resigned "for the good of the kura" and it would allow it to move forward.

"I've enjoyed my years at the kura and I am grateful for the people I've worked with ... Up until recently it has been a positive experience and I wish the kura all the best."

The trip to Mexico, involving 21 students and three teachers, including Fairhall, was meant to last 12 weeks but was cut short by five weeks.

The three-yearly trip, which sees students billeted with Mexican families to ensure immersion in the Spanish language, has become a part of the school's culture.

- This story originally appeared in the Rotorua Daily Post and is republished with permission.