Changes to New Zealand's animal tracking system are starting to be rolled out after a report released last year identified a raft of issues with the scheme. 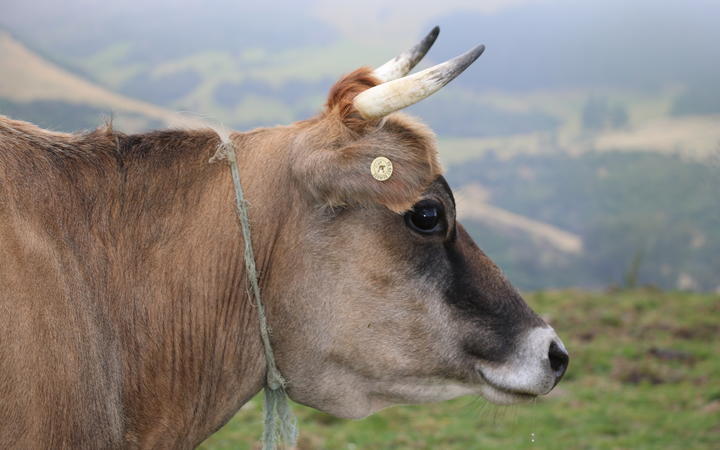 Failure to comply by some farmers has been blamed for the spread of the cattle disease Mycoplasma bovis. Photo: RNZ/Cosmo Kentish-Barnes

Lax compliance] with the National Animal Identification and Tracing, or NAIT, system by some farmers

has been blamed for the spread of the cattle disease Mycoplasma bovis.

Officials complained they sometimes could not find out which animals had been moved or which calves had been born to which cow.

As part of a review, 38 recommendations were made on how to improve the NAIT system.

The changes would see accredited entities using NAIT and those contracted by some farmers to help record animal movements face a greater level of scrutiny, Mr Forward said.

"They will also provide more accountability around livestock data transfer and privacy with formal contracts, regular audits, and renewal of accreditation every three years."

Farmers had been reporting high failure rates with NAIT tags and as part of the changes, tag manufacturers would now also be more closely monitored, he said.

"At the moment farmers are saying that they're seeing quite high device failure rates, so the devices are breaking and not staying in the animals ear.

"It's about making sure that man are meeting best practice in regards to the design and construction of those devices," Mr Forward said.

Mr Forward said about 17 of the recommendations yet to be addressed required legislative change and were part of a NAIT amendment bill the biosecurity minister had before the house.

These included tightening rules for handling untagged animals and aligning penalties with other Acts to reflect the seriousness of non-compliance.

Mr Forward said the remaining five recommendations, including the creation of a mobile app for NAIT users, were his team's responsibility and it was working on these as quickly as possible.

In August last year the government pushed through some changes to NAIT, predominantly related to search powers, in a different amendment bill.

Mr Forward said it was his understanding that there wasn't any crossover between that earlier bill and the 38 recommendations.