Residents living near a major Waikato intersection say it is like living in a war zone. 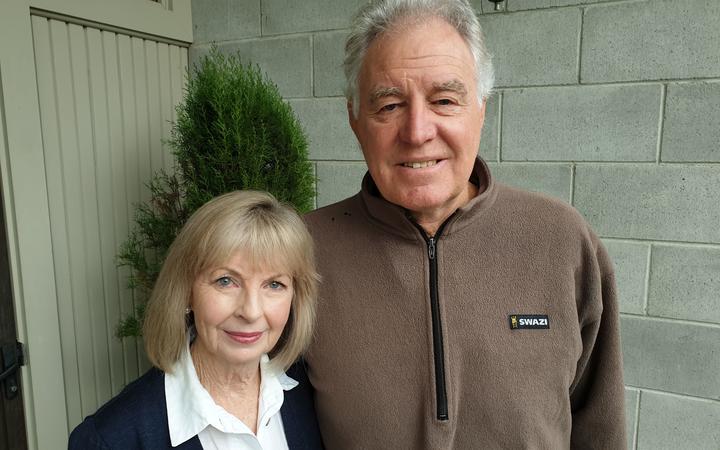 Traffic congestion and safety concerns at the intersection of State Highways 1 and 29 at Piarere, south of Cambridge are keeping locals awake at night.

It is a busy section of road with traffic - including trucks, tourists and locals - heading north and south and across to the Bay of Plenty.

While usually busy, it is especially so at weekends and holiday periods, when it is not unusual for traffic to backed up for many kilometres.

Additionally, there have been many crashes.

Irwin and Yvonne Hawkes have lived right next to the intersection for 20 years and it has become a nightmare for them.

Since March this year, there have been 11 crashes, including some serious incidents. Their front fence has been hit at least 15 times since they have been there.

"We are living in anxiety waiting for the next one [crash] and that is having an effect on how we sleep because a lot of the accidents happen at night and we are living in a ... like a war zone and it's horrible," Mrs Hawkes said.

Mr Hawkes believes the problem lies with the huge volume of traffic now using the road.

"Sometimes highway 29 will be backed up for nearly a kilometre and that takes 20 minutes to clear for your turn to get to the intersection."

He said that by the time drivers reached the front of the intersection they became very impatient.

"Because of the increase in traffic volume there are not the gaps available to get out like there used to be," he said. 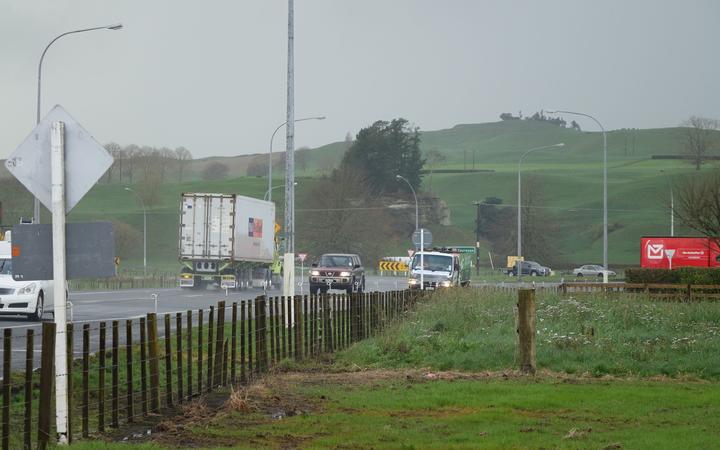 The intersection of State Highways 1 and 29 at Piarere, south of Cambridge. Photo: RNZ / Andrew McRae

The plan by the previous government to continue the Waikato Expressway to the intersection was greeted with joy.

"[That] would have meant we could have lived here in safety and that was just the best news in the world," Mrs Hawkes said.

She said the euphoria crumbled when the plug was pulled by the coalition government.

"With the change of government that was ripped out from underneath our feet and so that's when we became proactive for our own personal safety."

This included moving the entrance of their driveway further north.

The Irwins now want the intersection - that was part of the planned expressway - to be built, which includes a roundabout.

"It's very shortsighted not to realise that with the completion of the Waikato Expressway the volume of traffic coming this way is going to be enormous and we have an inadequate intersection," Mrs Hawkes said.

National's Louise Upston is the local MP and she is clear what needs to happen.

"It needs a significantly engineered intersection so it works for all of the traffic flows."

Ms Upston said the extension of the Waikato Expressway was funded by the previous government.

"The government is very misleading when they say it wasn't funded, it was. It was funded and it was planned to be completed by 2023."

The intersection is close to the boundary of three district councils - South Waikato, Matamata-Piako and Waipa. 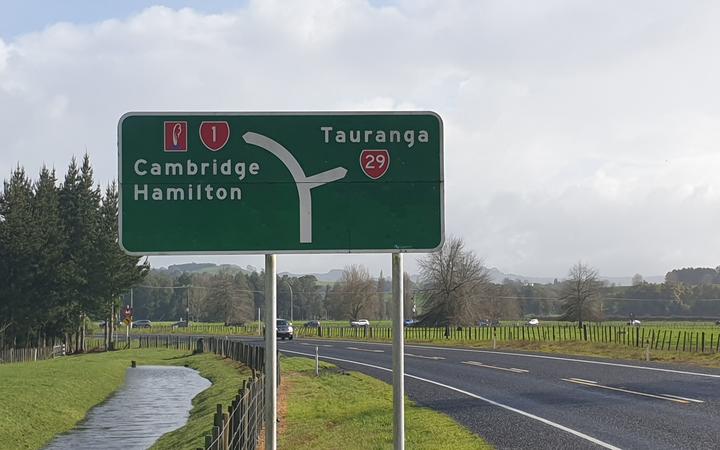 Matamata-Piako Mayor Jan Barnes described the intersection as an important spot in the golden triangle linking Auckland, Waikato and the Bay of Plenty.

"It's critical infrastructure and it's where my community travels every day and it's just not good enough."

The New Zealand Transport Agency has recently installed electronic signs reducing the speed on State Highway 1 to 60km/h, as the first part of planned safety improvements.

"I'm all for safety barriers and all of that, but they won't cut the mustard in this case," Ms Barnes said.

She said it needed to be a roundabout.

"Whatever is deemed appropriate by our roading engineers."

Mr Hawkes said the fight to get changes, particularly a roundabout, was very tiring.

"Talking to the people in charge, NZTA guys and local MPs, they are all in favour of doing something and I can see they are not just wiping it off, but the lack of money, the lack of time, that is what seems to take so much time to get anything done."

"There is a process that they go through that is extremely frustrating."

Mrs Hawkes said it had now become a personal crusade.

"We are fighting for all the people that get injured here, the people whose lives are totally disrupted by things that are not their fault."

"They are just using an intersection that is not fit for purpose."

Mrs Hawkes said she felt she had a responsibility to fight for change.

"If someone doesn't say, 'hey we live here, we see the crashes happening all the time', who else is going to tell the rest of New Zealand about them and if we don't, who else is in such a position."

NZTA said it would continue to investigate ways to improve safety at the intersection.

Its acting director of regional relationships Ross l'Anson said the next steps for the Cambridge to Piarere project, which included the SH1/SH29 intersection were completing the detailed business case to provide certainty, especially for landowners around the long-term plan for this corridor. This would involve identifying the preferred route.

He said NZTA would continue to look to secure funding for further safety improvements on the existing highway as part of the $1.4b Safe Network Programme.