Flooding was in the lime light as South Dunedin residents met with scientists, engineers and policy makers to discuss water issues hitting their low-lying suburb on Monday night. 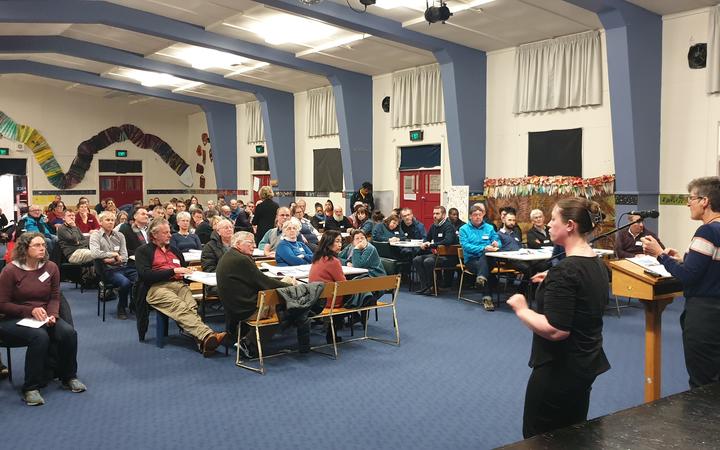 In 2015, floodwaters damaged more than 1000 homes and businesses, with sewage contamination forcing some South Dunedin residents to evacuate. It happened again last year.

With thousands of houses sitting less than 100cm above sea level and an increasing risk of severe weather from climate change, the hui gave residents an opportunity to make their voices heard.

"Basically people are really scared every time it rains heavily here that water is going to rise up and cause havoc like it did last time ... that's the kind of anxiety that is happening in South Dunedin around water," Ms Reddy said.

About a 100 people spent their evening listening to speakers and asking questions to see what impact climate change and water issues could have on them and their community.

Michell Reddy hoped the hui would be a turning point in the resident's relationship with the council.

The flood waters can prove very costly for residents.

"People here rent a lot so holding landlords accountable for that is quite difficult if you're not owning your own home. You can't rip up the carpet and try again," Ms Reddy said.

South Dunedin resident Lois Scott-Muir helped to fill sandbags and deliver them during the last flood.

"Look at the crowd that's turned up tonight. There is interest here in South Dunedin and I've been along to all five, and it's gathering momentum and each time I've learned something a little different. There is progress being made and there are voices being listened to," Ms Scott-Muir said.

Plans are underway to deal with wastewater more efficiently into the future by upgrading the Green Island treatment plant. But that's several years away and will cost about $44 million.

An additional $7 million is earmarked for a new pipe to stop wastewater from being piped under South Dunedin.

But Dunedin City Council chief executive Sue Bidrose said it was worth the piece of mind - even in the short term.

"Your carpets dry out, but if there's been sewage in that flood water then that's a real problem health-wise. The pipes are built so that when they're over capacity the manhole covers blow and sewage goes into the flood waters. We will be stopping that," Dr Bidrose said.

She expected a fix would be in place within six to 12 months. The council has earmarked $35 million for flood reduction over the next decade with the potential for new pump stations, diversions and better mud tanks. 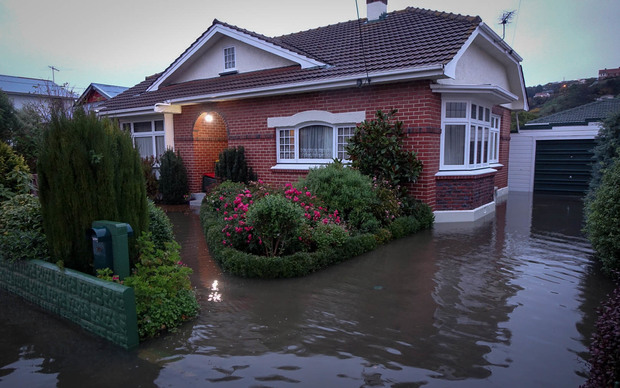 When it comes to future flooding, sewage may be diverted away from South Dunedin and into Kaikorai Stream and its estuary.

Dr Bidrose told the crowd it was not a good solution, but it was better than the alternative.

"It ends up in the harbour or it ends up out to sea, and every time we have a heavy rain water event, we end up with overflows into Kaikorai Stream and that's also unfiltered."

If the plan went ahead, the council would try and fix any damage done to the Kaikorai estuary when a more permanent fix was in place, she said.

Back in the 1800s, South Dunedin was a tidal wetland. It still has soft, silty soils that harken back to that time.

As sea levels rise, Dr Bidrose said the weight of the sea on the sand will push groundwater closer to the surface on the other side of the sand dunes.

That means it will take less rainfall to cause flooding as the groundwater can't be just pumped away.

GNS Science risk reduction scientist Phil Glassey said the amount of detailed data wanted had to be weighed against the cost.

In six months, he said the number of groundwater monitoring points rose from four to 11. But data from the points would be unlikely to be available for a couple of years.

"The challenge is really ... making the right decision with the amount of information that you've got now."

A resource consent for the new pipe will be through in the coming months.