Dunedin Airport authorities are promising a faster and more convenient service for passengers as changes to the terminal take shape. 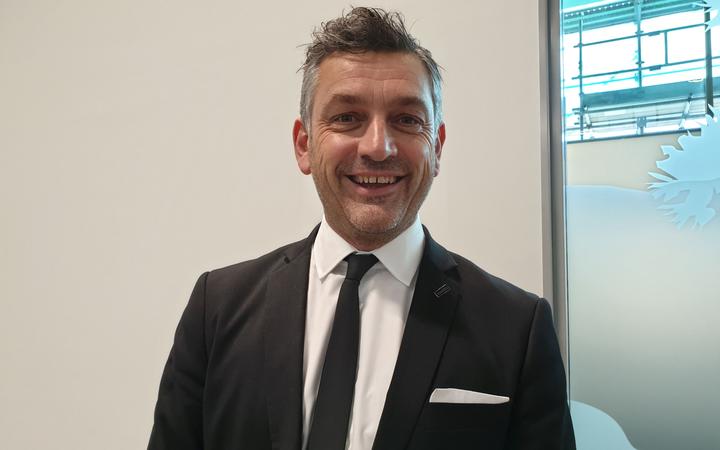 The revamp was highlighted by the introduction of body scanners for jet services departing the airport starting this afternoon.

Dunedin Airport became the first to use body scanners on domestic passengers when flight NZ674 left for Auckland. 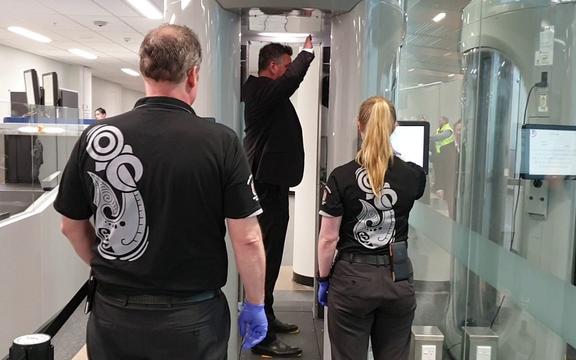 But Dunedin Airport chief executive Richard Roberts said it was not the only change planned for the airport.

The airport's current terminal was built in 2006 and since passenger numbers had grown by almost 50 percent - topping a million for the first time last year.

The number of jets flying to the southern city had also increased by a similar percentage and this resulted in an increasingly congested terminal during peak hours.

The new airport's new terminal was expected to be unveiled in February, Mr Roberts said.

The departure area would be almost twice as big with new retail spaces and other amenities, and the 200 additional carparks would help alleviate issues with space out front.

"I can't wait until we get people walking through and there's going to be that look of complete surprise.

"When it's finished it's going to be pretty special."

He was confident all the changes would speed up the process for passengers moving through the airport.

"It should mean a significantly, I would say, respectable process because we've got a great new queuing space now - you're not queuing through tables and where you shouldn't be queuing.

The body scanners - which utilised millimetre-wave technology - were unveiled at Auckland Airport's international terminal in June.

Mr Roberts said it might take some getting used to for passengers who had not seen the scanners before, but they should not be concerned.

"It's doing exactly what we're doing now [but] in a more efficient way," he said.

"In regards to people's privacy, you just need to go and have a look at the image - it is literally a cardboard-cutout-picture. You would have no idea who it was. It's not an x-ray type image.

"I can really understand the concerns and it's because we've not seen it before, but once you've gone through you can see the image and I think it'll become quite clear to people it's just a diagram - that's all." 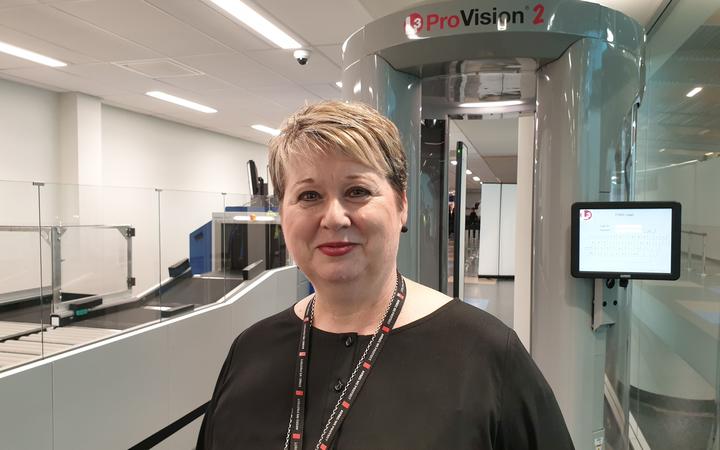 Aviation Security Service group operations manager Karen Urwin said within the next 18 months all domestic passengers flying on jet services from Auckland, Wellington, Christchurch, Dunedin and Queenstown, and those heading overseas would pass through the scanners.

"It's vastly different from what people are used to where they are used to a manual process, where people have to move trays around and pushing and pulling things through machines and only one person can go through the system at a time. 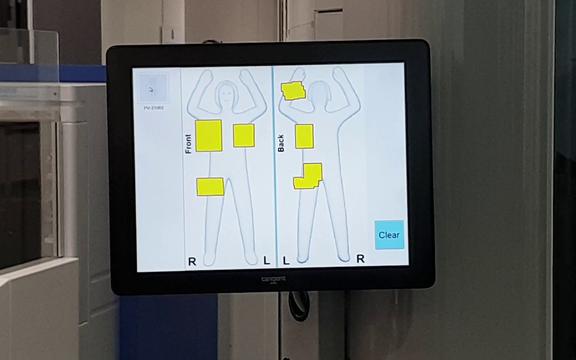 "The first thing they'll notice is that four or five people can actually dump all their gear in a tray and move through at once."

No images were captured nor stored by the scanners and people would only be patted down by security if six or more abnormalities showed up on a scan at once.

Unlike the previous security checks, more than just metal objects could be detected providing greater security.

"There is some concern because historically some of those body scanners were very intrusive. But we don't see the outline of the person it's simply an avatar, which looks like a gingerbread man, and all it does is show a little yellow box where there's something we need to investigate further," she said.

"So we don't capture body images, we don't store anything, so people should be very, very relaxed."

Christchurch International Airport is next in line for the technology.