Two people have been taken to hospital after a chemical spill at a Wellington business, forcing a highway lane to close this morning. 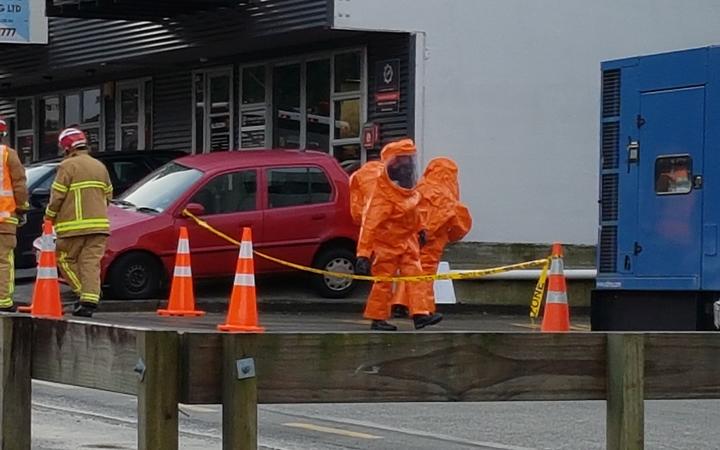 Firefighters in HAZMAT suits clean up at the site of the chemical spill in Wellington. Photo: RNZ / Ceinwen Curtis

Fire and Emergency sent five crews to the site on Centennial Highway at the bottom of the Ngauranga Gorge shortly after 6.30am.

Wellington Free Ambulance said they had been called out to the Woodward Group building at 12 Centennial Highway, the company which manages and supplies the Wishbone pre-packed foods and cafes.

SH1 NGAURANGA, SOUTHBOUND - CHEMICAL SPILL - 7:25AM
Fire and Emergency New Zealand are currently on site on the Ngauranga off-ramp attending to a chemical spill. The left lane is currently CLOSED and there may be delays for travellers heading onto SH2 or Hutt Road. ^RS pic.twitter.com/htfSdh4Xou

The left southbound lane of State Highway 1 was blocked and motorists were told to expect delays.

The two people who work at the business were taken to hospital as a precaution. The chemical is unidentified and firefighters in hazmat suits were clearing the spill. 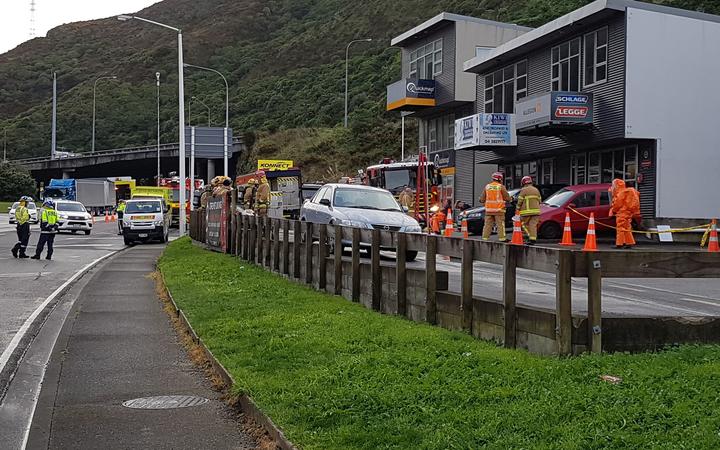 Emergency services at the site of the spill. Photo: RNZ / Ceinwen Curtis