Former staff of the restaurant franchise Wagamama say they are tens of thousands of dollars out of pocket after its doors closed last month.

The global franchise, which serves Asian-inspired food, had restaurants in Auckland and Wellington but the company that owns them has been put into receivership.

The general manager of the Wellington restaurant, Soraya Edwards, said she was owed at least $6000, and dozens of staff are owed more than $50,000 combined.

"So it has this significant financial impact. I'm basically back to looking for work which is really disappointing and yeah, it makes it hard to pay the bills and I really feel for my team.

"It really impacts all of us directly, pretty hard and pretty quick. It's not good and it's not good for your wellbeing either, you know like I put a lot of love into this restaurant, a lot of time, a lot of energy. It's incredibly disappointing to be let down by your employer." 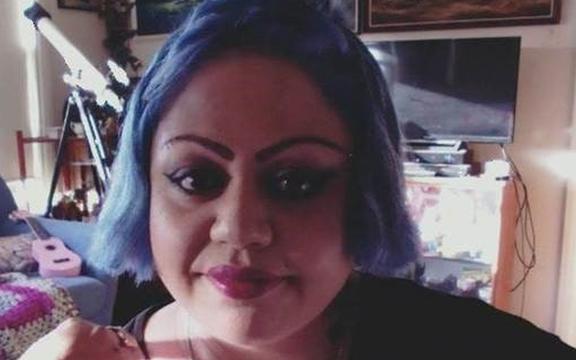 Soraya Edwards, who is the former manager of the Wagamama restaurant, said she's owed at least $6000. Photo: Supplied

Ms Edwards had worked for the New Zealand Wagamama franchise owner off and on since 2003, and was most recently the general manager of the Wellington restaurant.

In the final period before the restaurant shut there was very little interaction with head office, she said.

She said she found out from a member of the public during a Saturday night dinner shift that the restaurant was no longer part of Wagamama.

The restaurant then changed its name and kept trading.

"I could kind of tell that things weren't stable of course, and not being part of the Wagamama change of course it impacted sales - it's a recognisable brand."

Ms Edwards said she kept asking the owner what was going on, and when she got into work in late July she got a text from the owner saying the company had gone into receivership.

She said she's only had a very brief conversation with him since then where he said he could not talk.

Ms Edwards said on top of the $6000 in wages, holiday pay and bonuses she is owed, she's also not sure if her tax and student loan have been paid which takes the total she could be out of pocket to more than $10,000.

But Ms Edwards said her biggest regret is that she sacrificed spending time with her dying mother to return to work.

"It makes me feel incredibly sad because I sacrificed the last month of my mum being alive. She died of pancreatic cancer in December. I sacrificed that last month to come back to work, I put it off as long as I could but they needed me. So I came back, you know and I missed out on a couple of weeks of her time, so that's quite a big sacrifice to make."

Ms Edwards said she's applied to the receiver to be paid out and helped other staff do the same but she's not sure if or when she will see any of her money - and she "strongly" doubts she will get any of it.

She said it should not be so difficult for staff to claim money back and the law should be more transparent.

She said many hospitality staff do not bother to make claims when a company goes into receivership because it is too hard to fight.

The liquidator said it had just begun its investigation and had no further comment.

Neither the receiver nor the director of the company has responded to RNZ's calls.