All over the world, people choosing to not have children due to their concerns about climate change have been making headlines. 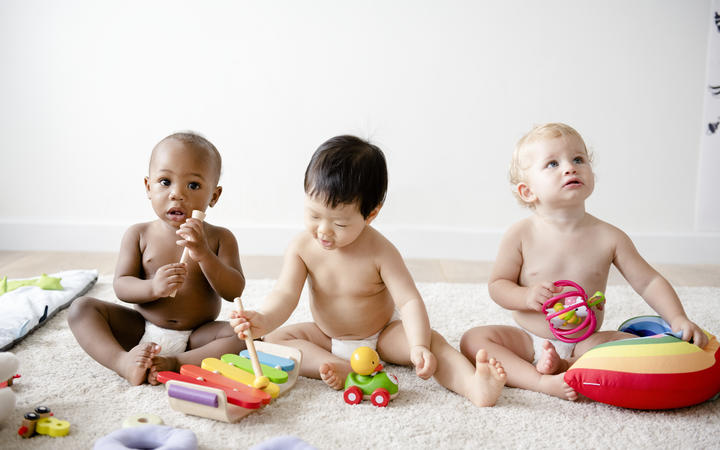 Some people are choosing to not have children given the impact of climate change. Photo: 123RF

The same choice is being made by New Zealanders who are also worried about the future.

One is 25-year-old Jessica Smith.

She puts it like this: "It would be irresponsible for me not to consider the future of the environment that any living creature that I am responsible for would be expected to live in.

"I wouldn't let my dog sleep on my bed if my bedroom was on fire either."

Ms Smith made the choice to not have children biologically when she was at university and became "unavoidably aware" of the number of homeless people in Auckland.

"If we don't have home for those people, it would be selfish of me to create another one. Learning about climate change only added fuel to that fire for me.

"Our planet has enough people on it that we can't take care of in the current system, so it would cause problems for the planet and the eventual person I created if I had a baby. It's a lose-lose situation."

For her, it was an "undeniable form of protest".

But it was a bitter pill to swallow.

"It doesn't really feel like I have a choice. Not if I want to make the ethical, sustainable choice for the good of our home and species as a whole. It also makes me hopeful though - I will likely live longer and more comfortably myself by not putting my body through the risks that come with pregnancy and childbirth.

"That might mean I can help contribute to the process of saving our planet for a longer time with more financial stability, and ensure a safer environment for the next generation to breed more freely in than mine can."

She estimated about half her peers had made the same choice.

Although she didn't plan to have children biologically, Ms Smith was open to being a parent through adoption or fostering.

Katrina Bothwell is part of a group called BirthStrike.

Members declare "not to bear children due to the severity of the ecological crisis and the current inaction of governing forces in the face if this existential threat".

It's a relatively small movement so far - an administrator for the BirthStrike website said in mid-July it had about 500 members, with about one new member signing up per day.

Miss Bothwell, 23, currently lives in the UK and cares for her grandmother.

She wanted people to "be more conscious about why they are having children" and posed the question: "Why do humans feel as though they are some sort of priority on the Earth?

"I always grew up thinking I had to have children because I am a woman, however, as my world view has widened and I have become aware of the climate crisis I have begun to question why people want children."

She was concerned about the future kids born today would face - issues like rising temperatures, food security and ocean acidification, to name a few.

"I think a personal concern about the future is that as the world struggles to comprehend climate change, the damage the population has caused may be irreversible and thus why would I knowingly subject a child to live in such uncertain conditions."

"I've always been passionate about protecting the environment, I now study environmental science and planning and hope to spend my life working in this field. So for me it's a no brainer, I have to put the needs of the environment, both physical and societal, above my personal desire for motherhood," Ms Ronald said.

"Earth doesn't need saving, the planet will continue to cycle regardless of humans, however, we need the planet. I'm concerned about the increasing strain on resources and how this may create inequality and conflict."

The choice was "strangely peaceful" to make - although reactions varied.

"Those from older generations tend to scoff or roll their eyes, or in occasional cases go off at me about how selfish I am. Younger people are still generally shocked but most demonstrate understanding or interest in my reasoning...

"Parents need to also consider whether the planet can support their child to live a long happy life without wars or famines."

However, she said she understood the importance of autonomy over reproductive rights and added, "I believe the decision of if and/or when someone has a child should be respected".

Despite only knowing a few people who had also made the same decision, more and more were talking about it, she said.

Victoria University of Wellington climatologist Professor James Renwick said he understood the attitude of those thinking about not having children.

"An increasing population does drive a lot of this stuff. The more people, the more resources get consumed, the more greenhouse gases get emitted … I do understand why some people might be saying, 'I don't want to have children'."

But he found that to be a negative outlook.

"If you have two children you're replacing yourselves, you're not increasing global population. And you know, that (child) may grow up to be the person that invents the magic technology that solves the problem.

"The future has not been written yet. We don't know what technology, what solutions, what political change might happen in a couple of decades and the future could actually be quite bright. You know, the climate has always changed and it will keep changing for a while.