An advocate for grandparent guardians said the case of a grandmother killing her granddaughter is tragic, but the judge's sentence was appropiate. 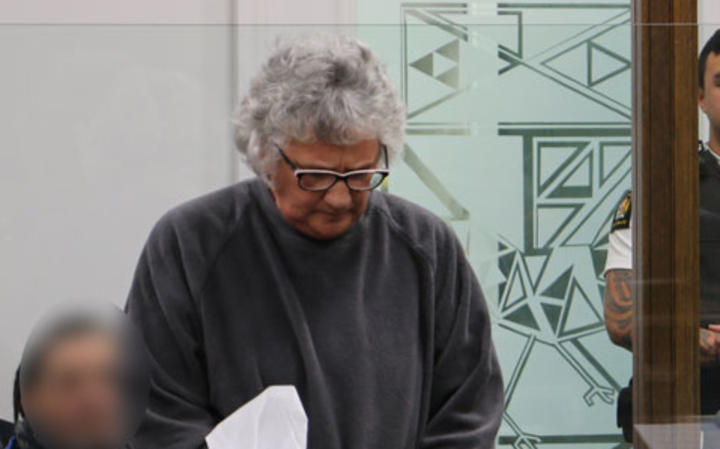 Lorraine Smith, 59, was sentenced to 12 years in prison in the High Court in Wellington. Photo: RNZ/Charlotte Cook

Lorraine Smith, 59, was sentenced to 12 years in prison in the High Court in Wellington today. She will be eligible for parole after serving half of that sentence.

She had earlier pleaded guilty to strangling her 13-year-old granddaughter Kalis Smith, who died in March.

During the hearing Justice Francis Cooke said Smith had been described as "a devoted grandmother", who turned herself inside out to get help for her family.

He said on 15 March, Kalis - who had lived with her grandmother since she was five months old - and Smith left a sporting event together and came home. They were heard arguing by Smith's grandson, and at one point Kalis threatened to run away.

Later Smith asked her granddaughter to help her close the windows in the sleep-out, and strangled her there with a neck-tie.

"I think the judge got it right, there clearly was intentional act on the part of the grandmother, it is incredibly sad that she got to that point where it all became too much and she made that decision to kill her granddaughter.

"On the one hand they have lost their daughter, their sibling their sister, it's incredibly difficult and sad for them who have lost Kalis, but they've also lost their beloved grandmother who has been quite a central figure in their life," said Ms Bundle.

Members of her family had reportedly urged Smith to change her guilty plea and consider a charge of manslaughter.

Lorraine Smith's cousin, Albert Thompson, told RNZ the family are hurting for her because of everything she's been through, but they love her and will continue to support her.

But Crown prosecutor Michele Wilkinson-Smith said they argued for the defendant to get life in prison, with a reduced minimum period of time spent in prison due to her age and situation.

"The family understandably are just at a complete loss, to understand how this could of happened, because the defendant has been a loving and caring grandmother and member of their whanau.

"For them it was completely out of character," said Ms Wilkinson-Smith

But Ms Wilkinson-Smith said the Crown had to consider that whether Smith's circumstances were that dissimilar to those of other families.

"She was the adult," she said.

Smith's defence lawyer Peter Brosnahan told the court that whatever sentence she received today would pale in comparison to the fact that she has live out the rest of her days, knowing what she'd done.