The amount of tarakihi commercial fishers are allowed to catch could be about to be slashed. 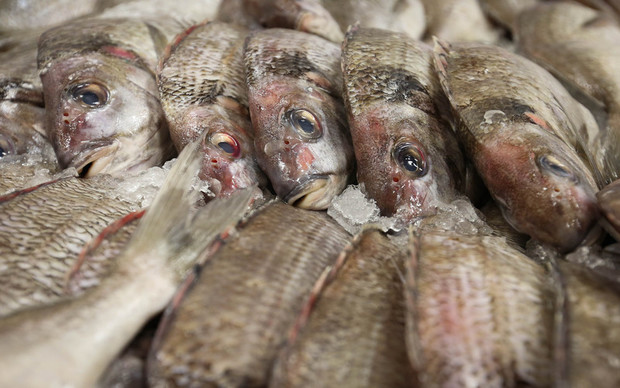 Fishers were warned last year by Fisheries Minister Stuart Nash that there could be cuts if there was no action to arrest its decline.

RNZ understands Mr Nash is of the view that fishers have not gone as far as he would have liked in doing this, and steps may soon have to be taken.

Using a theoretical starting point of 100 percent where tarakihi were not impacted at all by fishing, the Department of Conservation's latest assessment showed there were just under 16 percent of these fish left on the East Coast of New Zealand.

Forest and Bird's Katrina Goddard said this staple of New Zealand seafood, worth $75 million annually at last count, had almost been fished out of existence.

"If you think about it from you know, something we could see terrestrially, a view of a forest and 85 percent of that forest cover was gone, and we were left with nothing ... we could visually as New Zealanders be like, wow, that's not ok, let's do something about that."

Last year the tarakihi catch was cut by 20 percent.

In a proposal being consulted on now, the minister wanted to look at a further cut of 31 percent in order to bring the population back up to a healthy level within 12 years.

But Ms Goddard said officials only rated these measures as having a 50-50 chance of success.

The only way to increase the likelihood of success was to also bring in measures to protect juvenile fish, she said.

"So Forest and Bird is calling for a 40 percent reduction in the commercial catch alongside some spatial closures of nursery habitats. You can't kill and catch the juvenile and mature fish and think that cuts alone are going to go far enough."

A spokesperson for Legasea, representing recreational fishers, Scott Macindoe, also wanted to see a 40 percent cut to the commercial catch.

"When I was living on Aotea/Great Barrier in 1994, which is not that long ago, we could always get a feed of tarakihi. They're gone. Further south, it's a real staple for the Bay of Plenty or we often call it the Bay of Empty these days, Poverty Bay and Hawke's Bay of course, they're all reporting [it's] real hard to catch a fish."

Fisheries Inshore, representing the industry, said numbers could be boosted without the need for any cuts to catch limits.

Spokesperson Jeremy Helson said this could be achieved through a change to fishing practices.

"We're proposing to close some areas where there are high concentrations of juvenile fish. We are proposing that when vessels catch large numbers of juvenile fish, they will move out of those areas. And we're in the middle actually of conducting some trials with more effective fishing gear to try and be more selective about the fish we take."

Mr Helson, did not want to see a timeframe imposed for when tarakihi numbers could be built up by, but said these changes could achieve the desired goal within 25 years.

Cuts to the commercial catch would have a severe economic impact, he said.

"You will put a lot of people out of business, a lot of regional communities will suffer and tarakihi in supermarkets might dry up and certainly get a lot more expensive."

Stuart Nash has not responded for RNZ's request for comment on any decision to further slash the commercial catch in October.

Fisheries New Zealand said it was putting together advice for him ahead of that decision based on industry and other feedback.

It said numbers of tarakihi had experienced a downward trend for the past 30 years and needed to be rebuilt.