The Cathedral of the Blessed Sacrament which was damaged in the Christchurch earthquakes is to be demolished. 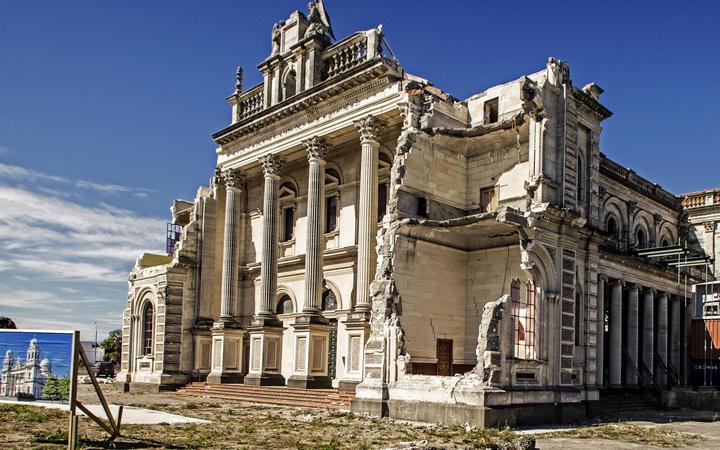 Built in 1905, the headquarters of the Catholic Church in the city was damaged in the 2011 earthquakes and has sat in a sorry state of disrepair for eight years.

The Cathedral of the Blessed Sacrament is registered as Category 1 with Heritage New Zealand and as a Group 1 building in the Christchurch City Plan, and is listed as having international and national significance.

It was still hoped to save the nave but new bishop Paul Martin has decided that would cost too much and such a building would no longer be functional.

He put the cost of restoring the nave at $90 million.

No timeframe had been given for demolishing what was regarded as New Zealand's finest renaissance-style building, nor was it yet known where a new cathedral might be built or what it might look like.

The Cathedral of the Blessed Sacrament has not been used since the magnitude 7 quake in September 2010.

Further damage caused by the February 2011 quake, and another in June that year, left it unsafe to enter.