The police are fast-tracking the rollout of new-and-improved body armour as a result of the Christchurch Mosque shootings. 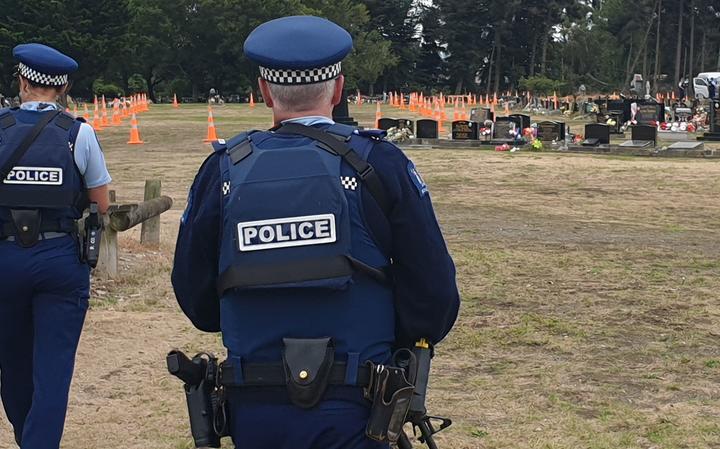 More than 80 percent of the police's stab proof vests and other armour is now out of warranty. Photo: RNZ / Matthew Theunissen

Police Minister Stuart Nash approved the plan, which will see the police pay $4.6 million, half of which will go towards the highly sought after Kevlar fibre needed to make the armour.

When two community cops from rural Lincoln apprehended the accused Christchurch terrorist on 15 March, they were wearing body armour that was probably out of warranty.

More than 80 percent of the police's stab proof vests and other armour is now out of warranty, and is in need of replacement.

Police were already planning to roll out new-and-improved Kevlar body armour over the next three years.

But after the events of Christchurch, the police decided that needed to be fast-tracked to ensure the safety of staff.

In a briefing sent to Police Minister Stuart Nash in May, Deputy Commissioner Mike Clement said: "The mass shooting highlighted that police officers can respond to high-risk and unpredictable circumstances in ensuring community safety," he wrote.

"Our national threat level continues to be high in light of the potential for retaliation and copycats based on international evidence and experience."

The police sought permission to put an extra $4.6m into the project. 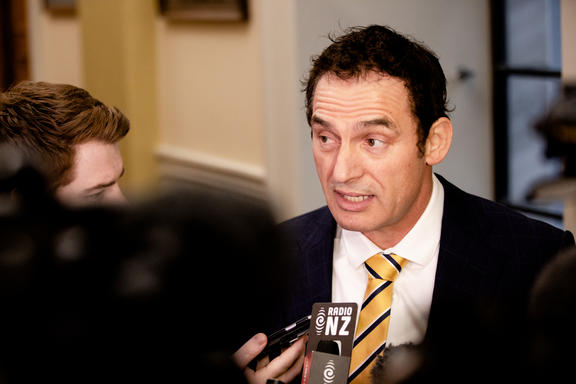 Mr Nash approved, meaning all police officers will be kitted out with Kevlar vests by June 2021 - a year ahead of schedule.

To get it across the line the police had to contact their supplier, Irish company Cooneen, to see if it was even possible.

Kevlar is in short supply around the globe, with the United States military getting first dibs on the product.

The supplier of the fibre, DuPont, confirmed they can meet the demands of New Zealand's police, but at a premium.

Half of the extra cost will go towards sourcing the Kevlar fibre itself.

The police declined an interview and did not respond by deadline when asked to comment on the project.

But Mr Nash said it was worth the extra money.

"It's lighter, which obviously makes a big difference when you're in a Hawke's Bay summer and it's 30 plus degrees, but it's just the next generation," he said. "It's what is required to keep our officers safe.

"As mentioned, there is a worldwide shortage of Kevlar and I think police have done a fantastic job of going out and selling their story around how they need to have this contract brought forward a year."

In the pursuit for speed, the police have even changed the way they will receive the armour.

Instead of the armour being shipped into New Zealand by sea, it will arrive by air freight, which could save several weeks on delivery times.

Mr Nash said the police had been comprehensive in their plan to fast-track the rollout of new body armour, and it was an easy decision to approve the extra funding.

"You know, gone are days where police just wander around in cotton shirts," he said.

"The reality of 21st century policing is this is one of the only professions in which they're required to run towards danger, and they do an awesome job in terms of protecting our public.

"But what we do know is that they're finding more and more offenders who are willing to produce a knife, or heaven forbid a gun, and they do need to be well protected."

The police will have to divert money from another area of the agency in order to pay for the fast-tracked body armour.