Police officers working on the front lines think more should be done to protect their safety in high risk situations. 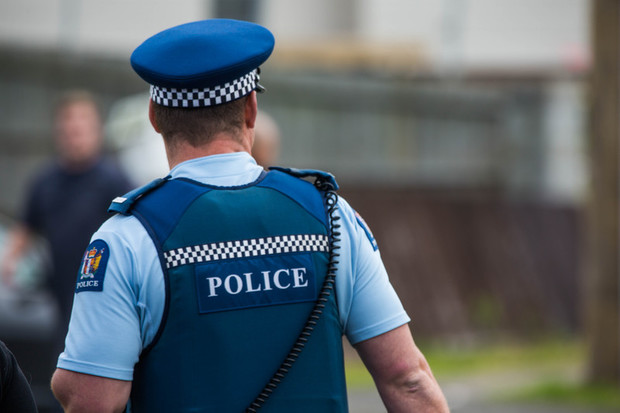 They say they need better access to their weapons and bullet-proof vests made using modern technology. They also want less stigma around officers having occasional access to guns.

A police officer working on the front lines said he is coming across incidents involving firearms more frequently, and the danger involved with being a police officer was increasing.

Speaking to RNZ on the condition of anonymity, he said police should not always be armed but they should be armed more often.

"The hierarchy frown upon carrying firearms in generic situations," he said.

"The problem with that is, to make a decision based case by case, without taking into consideration all of the statistics, means there is not enough information to justify carrying a firearm under the current policy."

He also lamented the quality of protection the police wear, when better options were on the market.

"The vests are proven to be quite effective as a stab proof vest," he said.

"But in terms of ballistic protection, what we have available is cumbersome and doesn't provide the same sort of protection as what is available.

"That comes down to cost. It's all a cost issue and we have the cheapest tender."

Last week, two police officers pulled over a stolen car when the driver came running at them with a sawn-off rifle.

He pulled the trigger twice, but the safety was on.

The officer who spoke to RNZ said it was the type of incident that was happening more often.

The officers involved in the event last week would not be able to pull a car over in future without thinking about the time a man pulled a rifle on them, he said.

They are being provided with welfare.

Superintendent Chris Scahill, the police's national manager of response and operations, said officers file reports every time they have to show force.

The reports, he said, indicate officers were arming themselves as and when required.

"New Zealand Police have very clearly enabled all front line response staff to arm themselves if they, through a threat assessment, feel there is a need to do so, and we would expect them to do so," Mr Scahill said.

"We have over 80 percent of our staff out in the 12 police districts trained in the full suit of tactical options, right up to firearms."

Mr Scahill said there were no vests on the market that could protect against all manner of firearms, and were light and easy to wear.

He said when new technology came along, the police would know about it.

"We're regularly reviewing what technology, and what products in the form of ballistic and stab proof vests are out there," Mr Scahill said.

"There are incremental improvements in the level of protection versus weight.

"We do regularly review all of our tactical options, including body armour."

The president of the police association, Chris Cahill, said police need more support, and better access to their guns.

"I'd like to say that these incidents are rare, but things similar to it are not," he said.

"There's just so many firearms out there in the hands of criminals, and our officers are telling us every day of the risks they're facing."

Mr Cahill said police officers would be faced with an increasing number of dangerous situations, and called for guns to be registered.