St John says three new ambulance stations being built across Taranaki at a cost of about $7.5 million will drag its service in the region into the modern era. 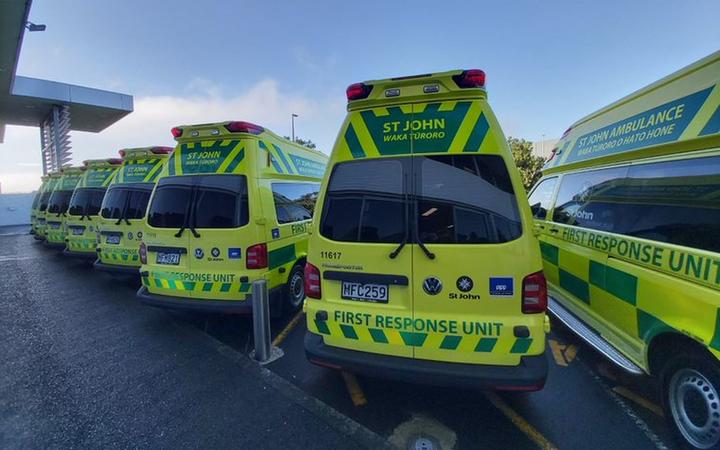 Ground has been broken at a $3.5 million hub-station at Bell Block, which will serve the greater New Plymouth area.

It will include facilities for first aid training, administrative support as well as various St John community services.

District operations manager Stu Cockburn said the hub, which was due to be operational in December and replaced the charity's station at the Taranaki Base Hospital.

Mr Cockburn said St John had inherited ambulance stations from the district health board which were now beyond there use by date.

"Our staff have been working out of less-than-ideal conditions for the past few years so we're well overdue for some new facilities so it's going to be fantastic for our staff and fantastic for the community we serve."

Mr Cockburn said three ambulances, a rapid response car and a patient transfer vehicle would be based at the hub-station in Bell Block.

He said the hub would cut travel ambulance times in New Plymouth.

Mr Cockburn said a satellite ambulance would continue to be based at the Taranaki Base Hospital to service the city area.

St John would also demolish its Stratford base later this year and rebuild on the same site, he said.

The new Stratford station was due to be open in the middle of next year and cost about $1.5 million. It would house two emergency ambulances and provide some community training facilities.

Mr Cockburn said the charity would revamp its existing Hawera station over the next two years at a similar cost.

"In Hawera we're currently on site at the hospital in a very old not fit-for-purpose building and we will look to build a new facility there as well for the two emergency ambulances and one patient transfer vehicle that run out of there, but we are in the very early stages of looking at design and location."

St John Central Region general manager, Andrew Boyd, said the charity had partnered with Todd Energy, which provided seed funding, to get the building programme off the ground.

Mr Boyd said the new centres would be a significant enhancement of St John services across Taranaki.

"In each of these three key locations the current facilities are no longer fit-for-purpose, and the new buildings will not only provide improved functionality for the emergency service but will also provide a space for the many St John volunteers who operate our important community programmes."

"Given the critical community service St John provides, it's really important that we have purpose-built ambulance and community hubs in New Plymouth, Stratford and Hawera."