The battle is ramping up to have Dunedin's Baldwin Street reinstated as the World's Steepest Street. 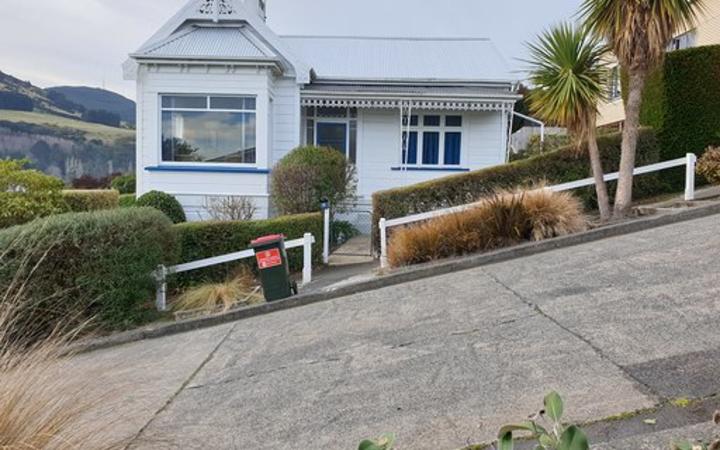 Guinness World Records stripped Dunedin's Baldwin Street of the title it had held for more than 30 years and handed it to the Welsh street Ffordd Pen Llech last month.

Mr Stoff says the way the gradient of Ffordd Pen Llech was measured went against good surveying practice, and this week he begun the process of getting some super-accurate measurements of Baldwin Street in an effort to restore the record.

"The crux is that the measurement of the Welsh street was taken on the inside of a horizontal curve, not on the centreline," he said. "It's not a survey issue, it's a technical issue."

"The centreline is your fundamental component for your design, that's what you hinge all your templates off, and that's what you use to create the shape of the road," he said.

His team did a test case in Dunedin to show how much different measuring the gradient on the inside curve makes, compared to measuring the centreline.

"We did one down Lancefield Street and I think we had 33 percent, but it dropped down to 19 percent as we went from the outside to the inside."

He also gathering statements of support for the centreline methodology from experts in the surveying and engineering industry.

Ideally, Mr Stoff would like to see Guinness update its methodology to remove the loophole that allowed Fford Pen Llech to win.

"They've got their parameters, which is a minimum length of 10-metres, which is totally fine. I can see where they're at there, they don't want a pothole qualifying as the steepest street ... but you need to do it on the centreline."

Through it all, Mr Stoff remains light-hearted and has been in regular contact with the residents of Harlech. He even received an invite to "come on over and have a measure".

"If it had to happen two weeks later I might not have been quite so bent out of shape, but the day after we lost the Cricket World Cup, oh my god. I did a full John McEnroe, it was quite funny."