Homes built of earth are getting an update to their world-leading New Zealand standards, but no thanks to the government, say their frustrated backers. 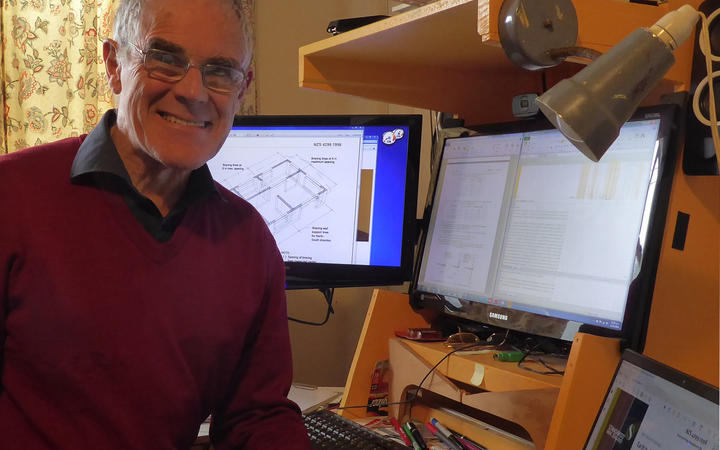 The Ministry of Business, Innovation and Employment pulled funding for the new standards, which are used from Australia to Haiti, leaving a retired engineer and a Warkworth architect to pick up the slack in what they say is a "shambles".

Ian Brewer from Brooklyn in Wellington, has spent 1100 hours over the past year preparing the new standards, that are now open to public submissions.

That's on top of what, even two years ago, a group of volunteers estimated as a half a million dollars of donated time, in developing standards that are, ultimately, the responsibility of the Ministry of Business, Innovation and Employment.

"We went through the throes of pulling together a technical committee with all the manufacturers and builders and engineers and architects," Mr Brewer, a semi-retired engineer, said.

"Two weeks out from a meeting called in Wellington, where people had organised their travel and accommodation, they [the ministry] just said 'No, go away, we want the money for something else'.

"It was an extraordinarily disrespectful way to treat such a lot of volunteers."

Architect Graeme North has been petitioning the ministry and government ministers for several years, for $130,000 to develop the standards, and for the ministry, as building industry regulator, to take up a position on the technical committee.

But to no avail.

"I'd call it a bureaucratic shambles," Mr North said.

The Earth Building Association he previously chaired has resorted instead to Givealittle: It remains about $30,000 short, though American and Australian earth builders - who have used New Zealand standards as a base, since the original version came out in 1998 - have donated.

The ministry never told Mr North how it made the decision to cut the funding, or how it came to lose large amounts of association paperwork, he said.

"Bewildering" and "frustrating" are the words that commonly crop up from Mr North and Mr Brewer.

"It's bewildering, given that we have a government which is much more focused on global climate change issues, that we haven't had the support," Mr Brewer said.

"It relies on a bunch of volunteers to provide such vital administrative documents."

The ministry has not disputed the two men's account. It would not give an interview, and its statements to RNZ do not address questions around the funding cut, its lack of technical input or if it would review the draft standards prior to them being enacted.

RNZ is aware of other industry groups also complaining about how much time and money they are having to put into standards, since the independent standards body was subsumed into MBIE.

Another concern is emissions from the construction sector, which jumped by two thirds in the decade to 2017.

Even mainstream players like Fletcher Building are trying to work out how to use fewer carbon-heavy materials, like cement.

But Graeme North has detected no meaningful shift under a government of Labour and Green MPs.

"In our experience, the government has not picked up on the importance of earth materials as a means of helping decarbonise the economy in the built environment. What approaches we have made to government officials or ministers have fallen on deaf ears."

In a statement, Building and Construction Minister Jenny Salesa said it was an operational matter but the government was committed to working, with help from the Green Building Council, to examine "ways for the building regulatory system to support climate change objectives".

She expected to have advice on this over the next few months.

Pat Mawson has just finished up two days of polishing a lime plaster shower surround with a Moroccan finish - also called Tadelakt - at a new strawbale house near Havelock North.

The Hawke's Bay builder who has donated to the standards fundraising drive, now chairs the Earth Building Association, and plans to make a submission on the revised rules.

"So what's of particular interest to me is there's a guideline on strawbale building, which is potentially going to make our consenting process a lot more straightforward. It wasn't there before," Mr Mawson said.

"It's amazing - they've put literally thousands of hours of work into it."

The importance of standards is illustrated in Canterbury, where a strawbale house in Rolleston is at the centre of a decade-long struggle with regulators over whether its consent should be for 15 years or 50. The owners of that house declined to comment.

The standards committee includes two council building officials who, Graeme North said, were there to ensure "that the resulting buildings will not expose their councils to undue risk when consenting or certifying compliance". 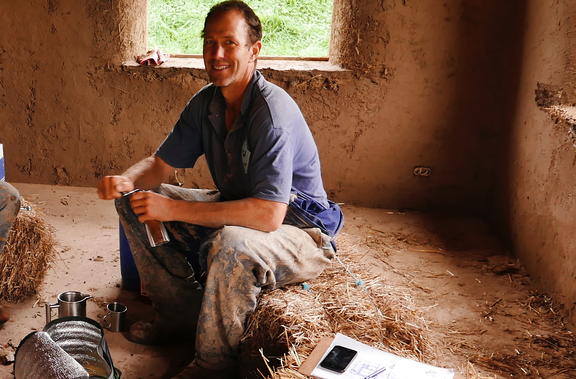 Another addition to the standards is information on using adobe bricks or using light-earth materials or LEM, such as ground pumice or straw mixed with clay, which is used to make walls around conventional timber frames.

LEM was being used in low-cost housing experiments, including at East Cape, Pat Mawson said.

The standards were vital for moving low-carbon materials like earth and straw into mainstream construction.

"A lot of clients really liked the idea of using clay on their site, which is obviously really good environmentally, but because earth is such a variable material, you can't specify a recipe. So part of the standards has a whole range of really pragmatic tests - erosion tests and shrinkage tests," Mr Mawson said.

It was this sort of creative drive from earth builders that led Ian Brewer to volunteer his technical expertise and take on what became a "horrendous" job of project managing the new standards.

Plus, he thinks earth homes are the most carbon-friendly form of habitation "apart from living in a cave".

He also likes how the New Zealand standards are being used, such as to help rebuild quake-hit parts of Nepal and Haiti.

"This is a matter of being a world citizen. I feel that this was something that we've been able to provide that's been of use in disaster recovery.

"And, again, I think that's a reason that the government should be supporting us and paying for it."

The standards struggle is not over: Graeme North said the ministry had not committed to studying the draft new standards itself, which increased the chance it might object to some of the changes down the track, as he had heard had happened before with other standards. This might then result in having two documents - the standards, and the ministry's amendments to them - instead of just one for designers to navigate.

The ministry said in a statement it appreciated and encouraged the work of the standards committee, and had recently ensured the standards were free for users to access, among 120 other Building Code standards.

"MBIE have been supporting the EBS by ensuring they are aware of the requirements of a standard to allow it to be cited in the Building Code," it said in a statement.

However, its statement indicated it did not see earth building as an option for mass construction of houses. This was "a form of construction which may be suitable for some property owners who want an economic self-build housing solution".

The ministry is this year reviewing six standards other than earth building, including those for steel structures, timber frames, thermal insulation and window performance.