An open letter from hundreds of primary school board chairs has appeared in 11 newspapers this morning, asking the government for a better pay offer for their principals. 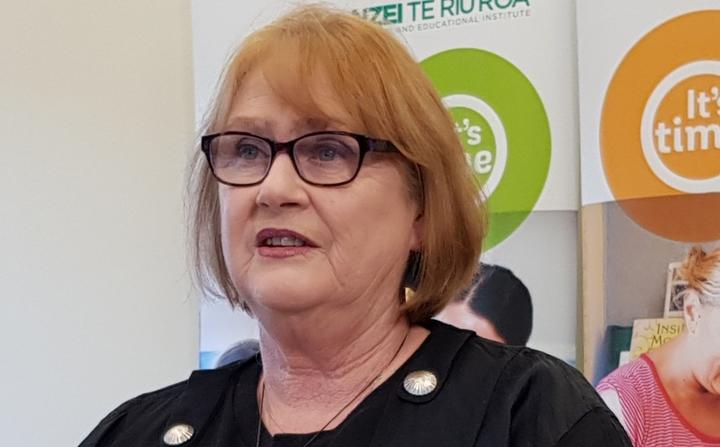 Organised by teachers union NZEI, directed to Education Minister Chris Hipkins and Secretary for Education Iona Holsted, and signed by 732 board chairs, it calls for a settlement to address the issues that principals face, including well-being and workload issues.

NZEI rejected a collective agreement offered by the government in June and some of its primary principals have been taking part in partial strike action since, by cutting off communication with the Ministry of Education.

NZEI President Lynda Stuart said she hoped the letter get their concerns across to the government before union members gather for paid meetings from August 12-15.

"It would be really good to have a good offer to put forward to our principals at that. But we're really wanting to see an offer that actually addresses the issues that have been identified," she said.

"But boards of trustees and the community really want to show that they are with the principals, all the way."

She said rural primary schools are having particular trouble attracting and retaining their leaders as a result of the current conditions.

"Talking to rural school principals, they're really worried that if they were to leave their job to go into something that has less responsibility and potentially pays more - who will go and lead those small schools in our rural community?"

Ms Stuart said pay parity between primary and secondary students was also among the concerns that the union has raised with the government.

"There is a difference between the pay for secondary principals and primary principals. It's around 2 percent and the reasons are complex - we know this - but we would like to see that issue addressed," she said.