One-hundred-and-eighty victims and bereaved from the March 15 mosque shootings will be travelling to Mecca this week, the holiest place for Muslims. 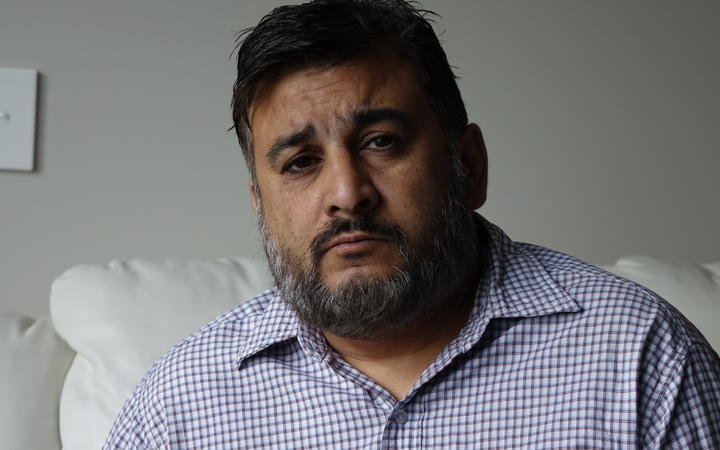 Feroz Dita was shot three times in the leg and would be in a wheelchair at Mecca. Photo: Photo / Conan Young

The trip has been paid for by the King of Saudi Arabia as part of the country's efforts to confront and defeat terrorism.

They will be travelling to western Saudi Arabia for Hajj, something every Muslim is required to do if they are healthy and can afford it.

For many who were continuing to carry serious injuries from the shootings, the flight, which could take up to 30 hours, would be an ordeal in itself.

That is on top of the day-after-day of prayers in the open air in 40C-plus heat, amongst millions of other pilgrims.

Feroz Dita was shot three times in the leg and still had bullet fragments in his calf muscle.

He could only walk up to 100m at a time and would be in a wheelchair at Mecca, but said he would not miss it for the world.

"There was a presentation in the mosque a week ago, and one of the guys had nine bullet wounds and he said 'even if I had to crawl to Mecca, I would have gone'. So that's what it means to us."

Memories of 15 March were still strong for Feroz, who was in the Al Noor Mosque.

He struggled to sleep at night without the help of sleeping pills and hadn't been able to return to his job as a truck driver.

He believed the trip to Mecca, which he was doing with his wife, would help to heal all of the victims' wounds.

"It'll sort of take us away from Christchurch, from the scene. And you know, your spiritual healing would begin as well. As well as mental. It'll go a long way to help the mental wellbeing of the victims and the families."

Feroz and his family were no strangers to adversity, having fought a long battle with their insurers to get their quake-damaged home in the city's east rebuilt.

But while some had compared the quakes to 15 March, for Feroz the two events felt very different.

"This was a deliberate act. And that's the difference. Earthquake [is an] act of God, we can deal with it. But a hate crime [that was] deliberate that's what I cannot comprehend."

Ambreen Naeem who lost her husband and eldest son in the Al Noor Mosque, said her husband had planned to take her on the hajj this year.

Instead, she would ask somebody at Mecca who had already completed the pilgrimage to do it on behalf of her husband and her eldest son, in fulfilment of her husband's wishes.

"Hajj is a very important thing in our lives. It's like once-in-a-lifetime experience."

She would be accompanied by her two surviving sons, aged six and 19, and her sister.

Four months on from the shootings she was continuing to feel the loss of her husband and son, but was doing her best to stay positive for her two boys.

"I'm trying to do this for my children so that they have all the positive things because my husband and my eldest son they are really nice people, so all the good things they have taught, we still carry on."

Islamic scholar, Haamid Ben-Fayed, said the four days of prayers and paying homage at Mecca among two million fellow pilgrims was supposed to be difficult.

"It's rocky, it's hot, they'll be camping at Mina in tents. And so that whole journey is quite difficult and so you come out of that at the end of the Hajj journey with the sense of having reached this almost spiritual opening and that's very palpable to the person who goes through that experience."

The mosque shooting victims and bereaved will begin leaving for Saudi Arabia in a series of flights out of Christchurch beginning on tomorrow and will be away for two weeks.

Those spoken to hoped the trip would allow them to draw a line under the tragedy that had befallen them and their loved ones and move forward with their lives with renewed hope.