A health board that issued warrants of fitness for its maternity unit and main hospital building in Thames despite knowing they had firestopping defects, has hurriedly revoked the warrants. 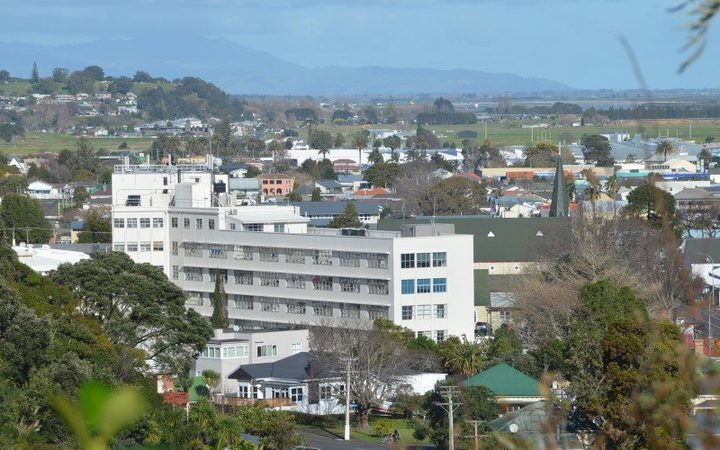 The Waikato District Health Board had told RNZ in May that Thames Hospital had defects, at the same time as it detailed many other defects holding up the issuing of warrants at many of its main medical blocks in Hamilton.

RNZ then asked the Thames and Coromandel District Council if the Thames Hospital's warrants were up-to-date.

On Friday, the council said the warrants had just been issued. But on Monday there was a U-turn.

"The situation with the BWOFs (building warrant of fitness') changed this morning," the council said in a statement.

The Independent Qualified Person (IQP) "revoked the reports on the fire separations, so that means the BWOFs are no longer current". IQPs, as they are known, do warrant checks and sign off buildings for owners.

This followed the council making further enquiries about the fire separations, enquiries which were linked to media enquiries and reporting, it said.

RNZ had asked on Friday why the council appeared to have accepted warrants signed off on non-compliant hospital buildings.

Firestopping, also known as fire separations or passive fire measures, are suspected or known to be defective in a swathe of buildings as the standards have not been rigourously enforced. Poor firestopping means fire and smoke can spread more quickly than they should.

The warrants of fitness scheme also has only patchy reviewing by the Ministry of Business, Innovation and Employment, which makes suggestions to councils but does not have a record of enforcing improvements.

The Thames and Coromandel District Council met on Monday with the hospital's facilities manager and engineers WSP Opus.

The revocations mean Thames' Birthing Unit has not had a warrant since March, and the main hospital since late May this year.

The District Health Board said it was a judgement call made by its IQP, based on limited sampling, that the defects weren't bad enough to block a warrant.

This approach - one made "on a relatively narrow basis" - had worked in previous years, and they assumed it would be good enough for the council this year, said the board's Executive Director of Facilities Chris Cardwell.

"That assumption was incorrect.

"So we took the approach proactively... to withdraw the application and we're going to resubmit it once a more comprehensive fire survey of Thames Hospital has been completed by our engineers," he said.

The council asked for this survey, which should be ready in six weeks.

This did not show the council was being more cautious than the DHB, Mr Cardwell said.

"I don't think it is. I think a sampling approach [by the IQP] is appropriate and it's used nationally.

"So, this just comes down to professional opinion, and we need to work with the professionals to get the right outcome, and we're happy to do that."

The council plans to issue "notices to fix".

These notices are among the powers it has for tackling breaches of the Building Act or rules; they are a warning to fix any non-compliance; the next step can be fines of up to $20,000 dollars a day, though councils have generally been averse to issuing notices or fining building owners.

At Te Kuiti, none of the Waikato DHB's buildings have had a warrant since mid-May this year, because one building has firestopping defects, and a single warrant covers the whole site.

"Defects have been identified consisting of unprotected penetrations of fire separations, this is mainly cabling and pipes," the Waitomo District Council said in a statement.

"The identified defects will not allow the issuing of a BWOF until rectified."

In Thames, the council is asking the DHB to get checks done by a qualified person.

Previously, the DHB had told RNZ a survey would happen some time in the next 12 months.

Previously, the board has been at pains to tell RNZ that not having a warrant did not mean buildings were unsafe, and that safety relied more on the active fire protection measures such as evacuation plans. This has been echoed by the Hamilton City Council.

Nine of Waikato Hospital's blocks in Hamilton have had a warrant, which must be renewed annually, for just one year, or not at all, since 2016.

The Hamilton City Council has been aware of this since 2016 but is taking a more softly-softly approach than Thames, giving the DHB time - years in some cases - to fix the blocks.