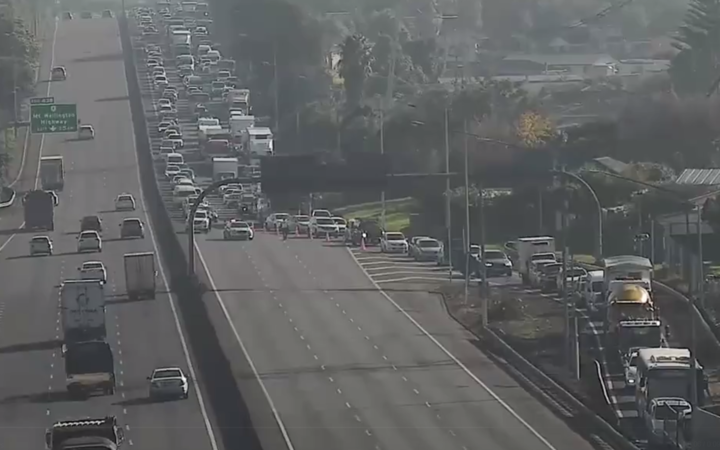 All of the southbound lanes have re-opened on Auckland's Southern Motorway after a serious collision this morning involving a fleeing driver.

The Transport Agency says all four lanes of the motorway were closed for just over two hours after a head-on collision.

All lanes are now open, as is the on-ramp at Princes Street.

Motorists are being urged to avoid the area if possible or delay travelling on State Highway 1 until traffic clears.

Following the collision police used an Eagle helicopter to monitor a vehicle, believed to be stolen, after it crashed head-on into another car in the southbound lanes.

Police said they were not pursuing the car at the time of the crash.

Emergency services attended the scene of the crash. There is no information about the nature of injuries.