The embarrassing breakdown of the 757 Air Force plane carrying the Prime Minister back from Australia highlights the need to replace the fleet, a Defence academic says. 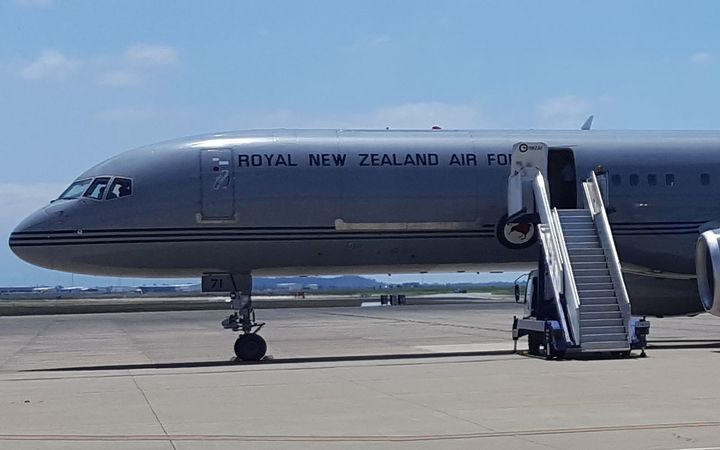 Prime Minister Jacinda Ardern and her staff had to take a commercial flight from Melbourne to Auckland on Friday night because a computer failure grounded the military plane.

Victoria University's Centre for Strategic Studies director David Capie said the two 757s in the fleet, bought in 2003, were not earmarked for replacement for about a decade.

"The last major upgrade was in 2008 - so you are going to expect more and more of these sorts of problems."

"And as we've seen with the Hercs - for example - is it starts to cost - the amount of money that needs to be spent on maintenance just to keep them flying becomes more of an issue," he said.

Former Prime Minister Sir John Key ran into similar problems across the Tasman in 2016, when a 757 broke down in Townsville.

Ms Ardern was due to fly to the Pacific Islands Forum in Tuvalu next month. Her office said a 757 plane and a C130 Hercules were being used for that trip.

The Defence Force declined to be interviewed, but in a statement said the plane had arrived back on Saturday afternoon.

It said there was no plan to conduct a separate investigation into the computer system fault.

"As a matter of course we monitor the failures of all components on our own fleet to manage our stocks of spare parts and gain feedback from the aircraft manufacturer on patterns within the aircraft type worldwide," the statement said.