E-cigarette giant JUUL's chief executive is apologising to parents amid worries of an epidemic of vaping among children. 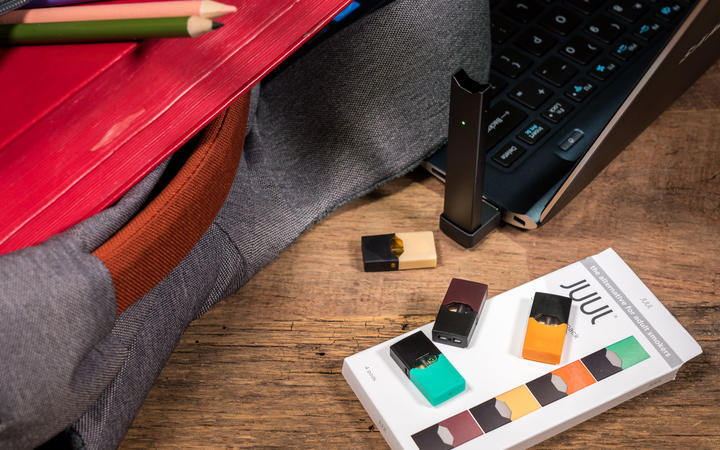 A JUUL device charges on a laptop, beside JUUL pods. Photo: 123RF

RNZ revealed last week that JUUL plans to launch in New Zealand - to convenience stores, petrol stations, dairies and possibly its own stores - depending on regulation.

JUUL's sleek device - not much bigger than a flash drive, which has been called the iPhone of vaping - has 75 percent of the US vaping market, and is paired with flavoured 5 percent nicotine "pods".

The US's Food and Drug Administration has demanded JUUL, along with four other smaller vaping companies, address the issue of youth uptake. In San Francisco, where JUUL began in 2015, e-cigarettes have been banned.

In a CNBC documentary airing in the US today, the company's chief executive Kevin Burns said he would tell parents he was sorry their child was using the product.

"It's not intended for them, I hope there was nothing that we did that made it appealing to them. As a parent of a 16-year-old, I'm sorry for them and I have empathy for them in terms of the challenges that they're going through.

He said it was not intended for children, and more research was needed into the health impact of vaping.

"Frankly, we don't know today, we have not done the long-term longitudinal testing that we need to do."