Firefighters are still at a historic Christchurch mansion which went up in flames yesterday. 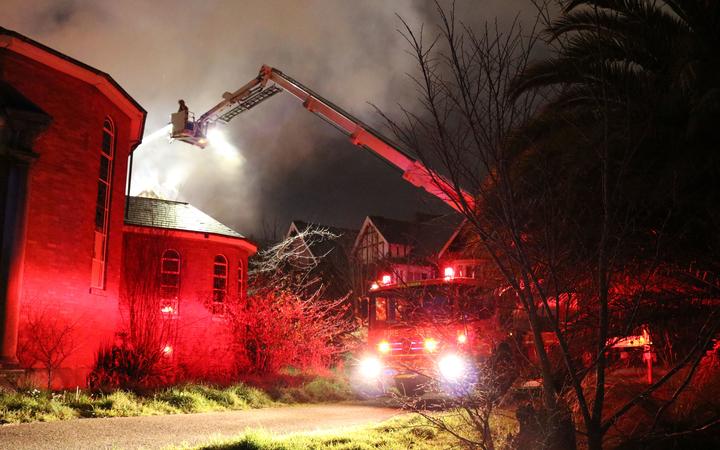 The blaze, which is being treated as suspicious, caused extensive damage to Antonio Hall, a former Catholic seminary and a category two heritage building in Riccarton.

He said they will be joined by additional crews this morning to damp down any hot spots.

"With the size of the building and the multi-levels and things like that, we'd still expect there to be hotspots that are located under debris and stuff like that. So crews will continue to sift through all the remaining debris, identifying and extinguishing the hotspots they discover." 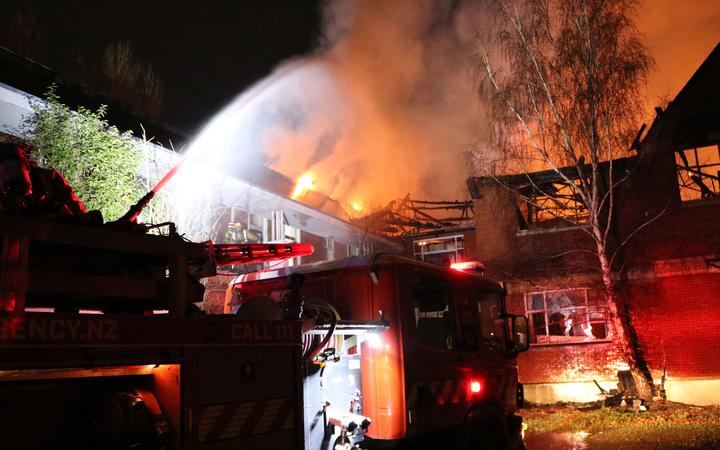 Fire crews managed to save the chapel of the former Catholic seminary.

Fifty houses were evacuated on Wharenui Road as a precautionary measure early on. Residents were able to return home at about 8.30pm last night.

All road closures have been lifted in the area.

Mr Norris said because the building was unoccupied, there was no logical cause for the fire, so it was being treated as suspicious.

A specialist fire investigator will be at the scene this morning. The investigation is expected to take some time due to the size of the structure and the unsafe nature of some parts of it.