An animal safety group says green chicken meat being sold in Pak'nSave is a result of fast-growing chickens, but the chicken company says this is pure speculation. 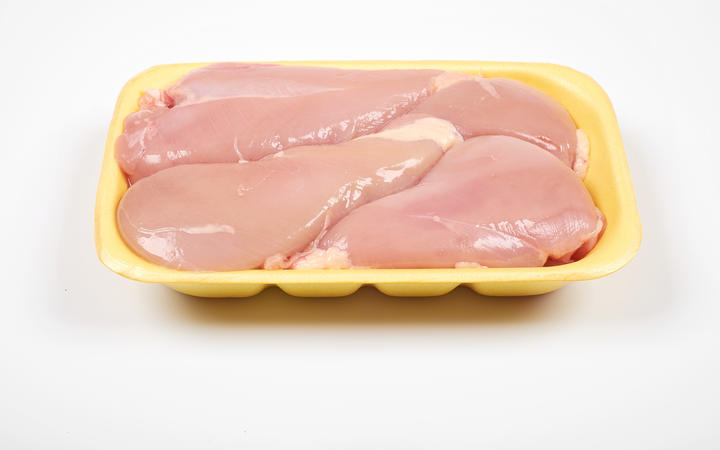 An image of the green chicken meat was posted on social media.

SAFE head of campaigns Marianne Macdonald said the green colouring is caused by chicken's muscles growing faster than oxygen can feed into the muscle tissue.

She said the chickens are selectively bred to grow explosively fast, which often results in painful ailments when their bodies can't keep up with the growth.

However, Brink's Poultry says the discolouration on the Pak'nSave chicken is unrelated to the condition, referred to by SAFE as Green Muscle Disease.

It said the discolouration is not a food safety issue, and the chicken can be safely consumed.