Nearly two months of industrial action by Farmers department store workers has been met with "radio silence" from the company's owners, the union says. 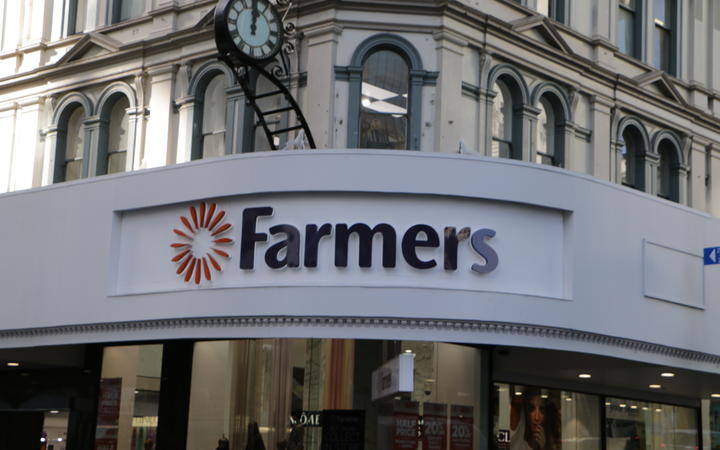 First Union said its members had been taking part in partial strikes, leafleting customers and wearing T-shirts with slogans demanding fair pay since May, but the company was not willing to budge on pay or scrap its performance pay system.

The continuing action at Farmers came on the day that clothing giant H&M held mediation talks with its staff about pay following industrial action over the weekend.

Like H&M staff, Farmers staff were asking for a living wage and an end to the company's performance pay system, which they argued was unfair.

Lynda Kamariera had been at the company for almost 23 years and said workers were some of the lowest-paid retail staff in the country.

"They value themselves as being a family story but the families who work inside Farmers are finding they're struggling."

After more than two decades at the company, Lynda's pay had yet to reach the current rate living wage of $20.55 an hour, which was due to go up in September to $21.15.

The situation was just continuing to get more desperate for staff, she said.

"There are workers that have taken out loans to get car repairs so they can come to work."

"I know of workers who have also taken out loans at Christmas time so their children can have Christmas presents," she said.

Ms Kamariera said she loved the company but the performance pay system of grading staff either an A B or C left people feeling unvalued.

" 'A's are more management material, Bs are doing your job plus other jobs that are time consuming that you cannot get to do it."

"It's just too hard, the majority of us are on Cs because it suits the company to be on a C because that way they keep our pay increases low again," she said.

"We're really disappointed with the total lack of communication from Farmers Management about these negotiations.

"We don't think they are acting fairly towards their staff who are wanting to negotiate collectively so we are urging them to come back to the table."

While pay was a huge issue for staff, it was the performance pay system that was really affecting morale, she said.

"Their manager said 'in order for you to get a B next time, here's what you need to do' then those workers have gone out and done exactly that.

"They go back into the performance pay review the next year and are still on a C and there's no reason even given," she said.

Workers had been closely watching Living Wage agreements at companies like K-Mart and were asking why it hadn't happened at Farmers.

Retail NZ chief executive Greg Harford said they may not be comparable.

"It's really easy to say one company is paying X so the other company should as well, but the businesses aren't necessarily comparable."

"If one business isn't performing well or perhaps doesn't have the cash in order to pay those wage rates, it's not possible to increase wages with what else is happening," he said.

However, he said retailers were operating are in a competitive market and if pay did not match expectations there was a risk workers could go elsewhere.

That was not a serious consideration for Lynda Kamariera at this stage because she did not want to leave Farmers, but she along with other union members would keep up the industrial action because they wanted management to listen.

RNZ contacted the Pascoe Group, which owns Farmers, but were told again the company had no comment to make.