Workers at several Auckland branches of a major international clothing chain are refusing to do parts of their job in protest at low wages. 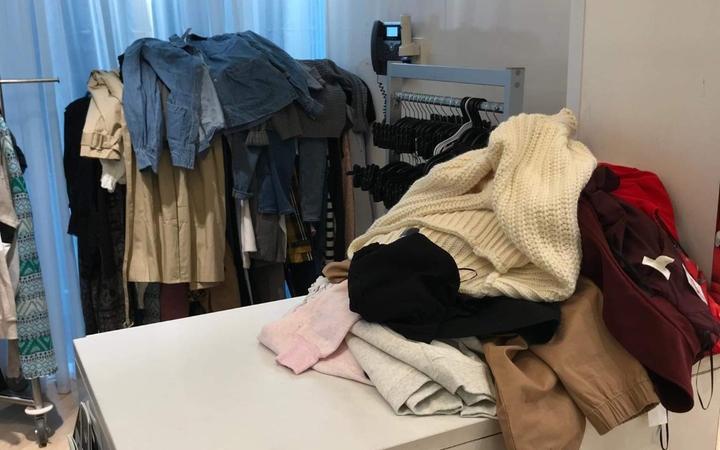 Almost 100 H&M workers are not returning clothes from fitting rooms and are not serving customers at tills in the three-day partial strike that started yesterday.

First Union organiser Sarah Thompson said workers bargained with the company over three days but weren't offered enough, so walked away with no deal.

Workers aren't taking action because they want to be annoying, she said.

"They are doing it because they want the living wage and at the moment they feel the wage they are being paid is not a full day's pay and so they are not going to do a full day's work."

H&M worker, JessiMae Peato said she is striking because she wants to rent a home for her and her two children, instead of living with her family.

"I want to work in fashion, but I'd earn more at the Kmart across the street or the Bunnings down the road. I don't want to have to choose between a career and a means of survival."

A spokesperson for H&M said in a statement that the company has a collaborative working relationship with First Union and is committed to ensuring that the two sides reach an agreement that supports the needs of its employees.