"Excitement and anxiety" are just two of the emotions felt by those cricket fans who stayed awake until the wee hours watching New Zealand beat India in one of the sport's biggest upsets. 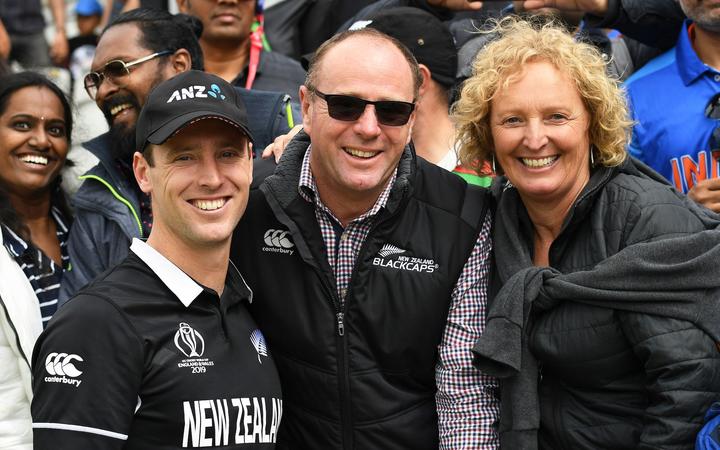 On the streets of Christchurch, Black Caps superfan Graham Gyde said he still had not come to terms with the thrill of victory.

"Very impressed, hard to believe, but it happened."

In Wellington, some were spotted bleary eyed but elated as they searched for coffee.

"It was pretty tight there for a while, thought they might come back and get it ... some great bowling, great fielding, great runout from [Martin] Guptill, I'm stoked," one fan said.

Another man said he felt, "excitement but also anxiety - you just didn't know what was going to happen".

Longtime cricket fan Yvonne New in Auckland went to bed early because she thought the Blackcaps would be outmatched by an Indian side that has been one of the most in-form teams this tournament.

She said she woke about 1.30am to check just how bad New Zealand was doing and sat glued to the television, still sure that the Indian team had the game in order.

She was transfixed as, one by one, the Indian batting order succumbed to the skill of the Black Caps' fast bowlers, and a brilliant piece of fielding by Martin Guptill.

"That was the most amazing throw I'd ever seen, pin-point accuracy. It was like hitting a fencepost amongst a field of sheep I guess."

Many fans said they stayed up until the final ball was bowled around 2am, while others braved the FOMO (fear of missing out) and went to bed.

"I'd written us off to be honest, I thought 'I'm not too sure whether we're gonna make it or not' but as soon as I got up this morning I was like 'did we win, did we win'," one woman said.

Another, whose husband flicked the bedroom telly on for the last 10 overs, said she "slept through it all but was very glad to hear the result this morning".

It was a result that astonished even the most hardy fans.

"Their middle order batting attack has let them down all through the whole competition really. Very hard to have great faith there, but they have the ability. Martin Guptill is somebody that might just unload on Sunday," said a man in Christchurch.

"When they're getting down in games and stuff, they pick themselves back up," said another.

Canterbury Men's cricket coach Brendon Donkers said he was particularly proud to have so many Cantabrians involved in the team.

He said fast bowler Matt Henry should be lauded for his performance on the sport's highest stage.

"I was thrilled for Henners and to see him bowl so well at the top and take the key wicket, particularly with Sharma. That's all players want - to contribute on the biggest stage. Thrilled for them." 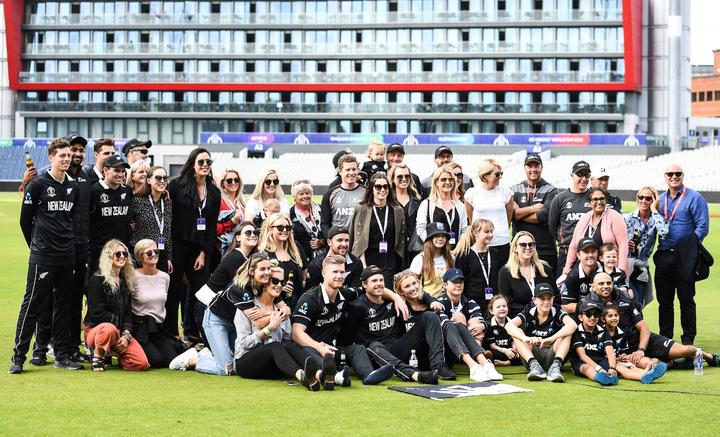 The Black Caps with their families and friends celebrate after the Cricket World Cup semi-final in Manchester. Photo: © Photosport Ltd 2019

Meanwhile, those who were rooting for India said they would now back the Black Caps.

"Initially I was thinking I'm not happy because India's losing, but at the end of the day I'm working here and it's also my country," one man said.

"It was quite numb, can't think of anything. I was not expecting that India would not reach the final, but it happened."

The attention is now focused on Sunday night's final, and whether the team will face off against England or Australia.

Mr Singh said he and other cricket fans in the Indian community would switch allegiances next weekend, to root for a Black Caps victory.

"No matter who comes to the final at the other end I will go with New Zealand. If they stick to that form, than we have it."

"Probably Aussie, be good to beat them and get one over them," another Black Caps supporter said.

"It's likely we'll end up playing England actually. We'll probably lose against them - who knows," said a Welshman who moved to New Zealand 40 years ago.

Only one thing is certain - many more tired faces on Monday morning.