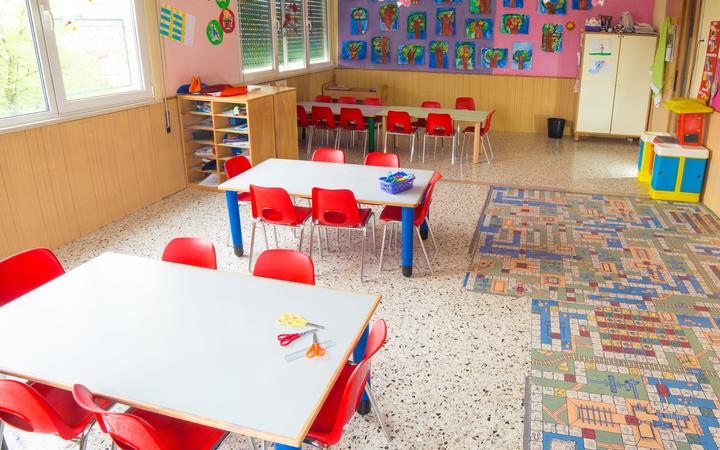 The chief executive of the Early Childhood Council, Peter Reynolds, said early childhood centres were in a financial crisis and the 1.8 percent increase to subsidies included in the most recent government Budget was nowhere near enough.

"We've had over a decade of cuts, 1.8 percent just really doesn't do it though we're grateful for anything we can get, but you've got services going to the wall," Mr Reynolds said.

Mr Reynolds said his organisation and three others, Te Rito Maioha, New Zealand Kindergartens and the Montessori Association had asked the Education Minister, Chris Hipkins, for an urgent meeting without Ministry of Education staff present.

"We want to talk to the minister directly, we want to have an off-the-record conversation and we want to get a very clear idea about what the minister has proposed to do and by when."

Mr Reynolds said early childhood services needed to see a light at the end of the tunnel and it needed to be realistic.

Services could not simply make more money by increasing their fees because many parents could not afford to pay more for early childhood education, he said.

Mr Reynolds said the minister had turned down the request for a meeting and asked for further information, which was highly disappointing.

Mr Hipkins said he had asked for a detailed breakdown of key issues "as a means of facilitating further talks".

He said the government had increased early childhood subsidies by 1.6 percent this year and 1.8 percent next year, which was significantly more than the sector had received since 2009.

Mr Hipkins said the ministry did not hold figures on the early learning workforce but there was "a clear tightening of teacher supply".

Chris Hipkins has asked for a detailed breakdown of key issues in the early childhood sector. Photo: RNZ / Rebekah Parsons-King

But the chief executive of Te Rito Maioha, which represents several hundred services, Kathy Wolfe, said government had not done enough to deliver on pre-election promises such as raising the minimum number of teachers required to work with children under the age of two, and re-introducing a higher rate of funding for services where all teachers were qualified, registered teachers.

Ms Wolfe said early childhood services felt the government had put them in a holding pattern and many were struggling while they waited for things to improve.

"We have had members closing their centres over the last few years due to the financial crisis," she said.

Ms Wolfe said many centres had used their financial reserves and the government needed to significantly improve subsidies for the sector.

"Just to meet the shortfall of funding from the last seven years we need the government to inject 7 percent into the sector just to catch up, that's about $130 million."

The owner of six early childhood centres, Maria Johnson, said the entire sector was struggling and one of the biggest problems was a shortage of qualified teachers.

"We are really struggling at the moment with a number of things, particularly the massive, massive shortage of teachers in the sector, not just the qualified teachers but teachers with a real understanding of our early childhood curriculum," she said.

"Our staff just aren't paid what they should be getting paid."

Ms Johnson said the sector was badly under-funded and some centres had been forced to close while her own centres had increased their fees.

The government needed to increase subsidies in a way that ensured the money went to teachers' pay and to improving the quality of education, she said.

Many people in early childhood had hoped a Labour-led government would make significant changes but that had not happened yet, she said.

Education Ministry figures showed 83 early childhood services closed last year and 82 closed in 2017, an increase in the roughly 50 a year that closed in most of the preceding years.

Meanwhile, the number of new services last year reached its lowest point since 2007 at 146.